One for all: Convergent mechanism of ageing discovered 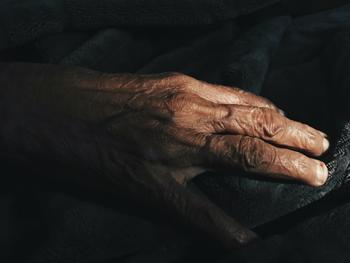 Photo by Amisha Nakhwa on Unsplash

Several different causes of ageing have been discovered, but the question remains whether there are common underlying mechanisms that determine ageing and lifespan. Researchers from the Max Planck Institute for Biology of Ageing and the CECAD Cluster of Excellence in Ageing research at the University Cologne have now come across folate metabolism in their search for such basic mechanisms. Its regulation underlies many known ageing signalling pathways and leads to longevity.  This may provide a new possibility to broadly improve human health during ageing.

The search begins in the roundworm

The scientists started their search in the roundworm Caenorhabditis elegans, a well-known model organism for ageing research. “We studied the metabolic products of several, long-lived worm lines. Our analyses revealed that, among other things, we observed clear changes in the metabolites and enzymes of the folate cycle in all worm lines. Since folate metabolism plays a major role in human health, we wanted to further pursue its role in longevity”, explains Dr. Andrea Annibal, lead author of the study.

A common mechanism for longevity

Folates are essential vitamins important for the synthesis of amino acids and nucleotides – the building blocks of our proteins and DNA. “We tuned down the activity of specific enzymes of folate metabolism in the worms. Excitingly, the result was an increase in lifespan of up to 30 percent”, says Annibal. “We also saw that in long-lived strains of mice, folate metabolism is similarly tuned down. Thus, the regulation of folate metabolism may underlie not only the various longevity signalling pathways in worms, but also in mammals.”