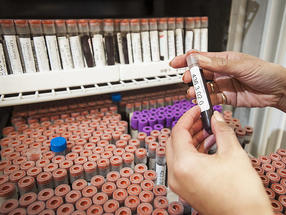 Researchers on ageing found a combination of biomarkers in the blood which could help estimate the disease vulnerability of elderly people.

Researchers on ageing from the Max Planck Institute for Biology of Ageing and the Leiden University Medical Center (LUMC) collaborate to link basic insights from model organisms to the causes of ageing in humans. They found a combination of biomarkers in the blood which could help estimate the disease vulnerability of elderly people in clinical studies and could possibly be used in intervention studies in model organisms that slow down ageing.

When basic researchers investigate the molecular basis of ageing, they usually study model organisms such as worms, fruit flies or mice. The Max Planck Institute for Biology of Ageing aims to link basic insights into ageing to the causes and processes underlying ageing-associated diseases in humans and has therefore recruited Prof. Eline Slagboom from the Leiden University Medical Center in the Netherlands (LUMC) as a Max Planck Fellow in 2018. Now the researchers have identified a set of biomarkers in human blood which could be used in parallel in clinical studies and in ageing research on model organisms.

The scientists searched in blood samples of 44,168 individuals for biomarkers that are indicative of a person’s remaining lifespan. After an extensive analysis, the scientists arrived at a set of 14 biomarkers which include for example, various amino acids – the building blocks of proteins – and levels of ‘good’ and ‘bad’ cholesterol, fatty acid balances and inflammation.

The blood-based measurement is intended as a first step towards a more personalised treatment of the elderly, explains study director Prof. Eline Slagboom. “As researchers on ageing, we are keen to determine the biological age. The calendar age just doesn’t say very much about the general state of health of elderly people: one 70-year-old is healthy, while another may already be suffering from three diseases. We now have a set of biomarkers which may help to identify vulnerable elderly people, who could subsequently be treated.”

The set of biomarkers is also a starting point for parallel studies in model organisms. “Ageing research in model organisms is ahead of that in humans. To make use of that knowledge we need instruments to compare human and animal studies and this could be one. We are currently investigating if the identified substances can be found in the blood of typical model organisms such as mice and if they are affected by interventions in ageing.”, explains Slagboom. The researchers are now working on answering these questions together with the Cluster of Excellence for Aging Research at the University of Cologne.

This large-scale study was possible through collaboration of LUMC with international biobanks, BBMRI-NL (Biobanking and BioMolecular resources Research Infrastructure the Netherlands) and the Max Planck Institute for Biology of Ageing in Cologne.