Excessive blue light from our gadgets may accelerate the aging process 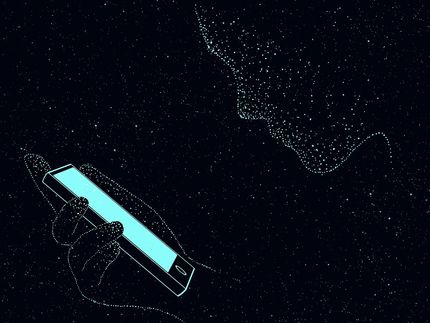 Too much screen use has been linked to obesity and psychological problems. Now a new study has identified a new problem – a study in fruit flies suggests our basic cellular functions could be impacted by the blue light emitted by these devices. These results are published in Frontiers in Aging.

“Excessive exposure to blue light from everyday devices, such as TVs, laptops, and phones, may have detrimental effects on a wide range of cells in our body, from skin and fat cells, to sensory neurons,” said Dr Jadwiga Giebultowicz, a professor at the Department of Integrative Biology at Oregon State University and senior author of this study. “We are the first to show that the levels of specific metabolites –  chemicals that are essential for cells to function correctly – are altered in fruit flies exposed to blue light.“

“Our study suggests that avoidance of excessive blue light exposure may be a good anti-aging strategy,” advised Giebultowicz.

Turn off the light

The researchers at Oregon State University have previously shown that fruit flies exposed to light ‘turn on’ stress protective genes, and that those kept in constant darkness lived longer.

“To understand why high-energy blue light is responsible for accelerating aging in fruit flies, we compared the levels of metabolites in flies exposed to blue light for two weeks to those kept in complete darkness,” explained Giebultowicz.

Blue light exposure caused significant differences in the levels of metabolites measured by the researchers in the cells of fly heads. In particular, they found that the levels of the metabolite succinate were increased, but glutamate levels were lowered.

“Succinate is essential for producing the fuel for the function and growth of each cell. High levels of succinate after exposure to blue light can be compared to gas being in the pump but not getting into the car,” said Giebultowicz. “Another troubling discovery was that molecules responsible for communication between neurons, such as glutamate, are at the lower level after blue light exposure.”

The changes recorded by the researchers suggest that the cells are operating at suboptimal level, and this may cause their premature death, and further, explain their previous findings that blue light accelerates aging.

“LEDs have become the main illumination in display screens such as phones, desktops and TVs, as well as ambient lighting, so humans in advanced societies are exposed to blue light through LED lighting during most of their waking hours. The signaling chemicals in the cells of flies and humans are the same, so the there is potential for negative effects of blue light on humans,“ explains Giebultowicz.

“We used a fairly strong blue light on the flies – humans are exposed to less intense light, so cellular damage may be less dramatic. The results from this study suggests that future research involving human cells is needed to establish the extent to which human cells may show similar changes in metabolites involved in energy production in response to excessive exposure to blue light,“ concluded Giebultowicz.