New Study in Nature Genetics uses SPARK database to investigate variants that are less damaging than de novo mutations, but contribute almost as much risk 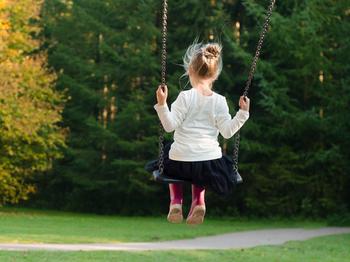 Researchers have identified a rare class of genetic differences transmitted from parents without autism to their affected children with autism and determined that they are most prominent in "multiplex" families with more than one family member on the spectrum. These findings are reported in Recent ultra-rare inherited variants implicate new autism candidate risk genes, a new study published in Nature Genetics.

The hunt is on in earnest for the genes involved in autism, now that technology and vastly lower costs allow the aggregation of thousands of genomes of people with autism and their family members. Knowing precisely which genes are at play will enable greater understanding of the condition known as autism and may ultimately lead to treatments for those who desire them.

This new study is notable because the majority of autism genes discovered to date have been identified through studies of de novo mutations, genetic differences that first arise in the person with autism but are not present in either of their parents. The findings indicate that researchers should not assume that the set of autism genes altered by de novo mutations are the same genes as these newly identified inherited rare variants.

According to lead author Amy B. Wilfert, Ph.D., of the University of Washington, in an analysis of 10,905 people with autism, researchers identified and replicated a rare class of genetic variants that are passed (over-transmitted) from parents without autism to children with autism.

"While most autism studies focus on de novo mutations, this study focuses on rare inherited mutations, which are often understudied in autism," says Dr. Wilfert. "We find that these variants are individually less damaging than de novo mutations but have the potential to contribute almost as much risk and impact the same molecular pathways, through a distinct set of genes. These variants, however, are only able to persist in the general population for a few generations before being selected out by evolution."

"It is widely understood that de novo mutations cannot and do not explain all of the genetic causes of autism, a phenomenon sometimes referred to as 'missing heritability,' " says Pamela Feliciano, Ph.D., Scientific Director, SPARK (Simons Powering Autism Research). The SPARK Consortium contributed more than 50 percent of the genetic data analyzed in this study, including exomes from 21,331 SPARK participants -- 6,539 of them individuals with autism spectrum disorder (ASD). The number of genomes accessible to scientists at this time enables the search for certain categories of genetic changes -- such as de novo changes and ultra-rare inherited variants -- but not all of them. As more genomes come online, larger categories of variants will be accessible for analysis.

"Interestingly, the vast majority of those variants (95%) are not found in genes already known to be autism genes, indicating that there is much more to be learned about autism genetics," says Dr. Feliciano, noting that this study is the first step in a much larger investigation. "While the current study is not large enough to confidently identify individual genes that have these rare inherited variants, we are learning more about these genes. Future research that focuses on multiplex families is increasingly important to yield novel insights."

The researchers also said the study confirmed their expectations that this class of rare inherited variants is more prominent in families with multiple members with autism than in families with only one affected individual. Consistent with this finding, children with ASD in these families are more likely to carry two of these variants as compared with their unaffected siblings.

The study also highlighted the need for greater diversity when conducting research of this kind, because investigators were less able to detect rare variants in people who belong to ancestral groups that are underrepresented in genomic research, including people of African, East Asian and South Asian descent.