oncgnostics cooperates with the Medical University of Graz 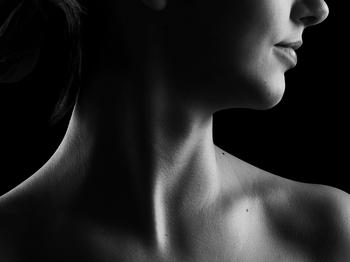 The biotechnology company oncgnostics GmbH is researching a method for diagnosing Head-and-Neck tumors together with the clinical department for general ENT at the Medical University of Graz as part of the “OroCa-Graz” study. 550,000 people worldwide develop carcinomas of this type every year. As only advanced stages of tumours are often diagnosed, more than 300,000 of those affected die each year. The study aims to demonstrate that the diagnostic method developed for Head-and-Neck tumors and especially mouth and throat cancer (= oropharyngeal cancer) can reliably and early detect malignant tumors using non-invasive saliva samples.

Excessive alcohol and tobacco consumption are among the main risk factors for Head-and-Neck cancer. In addition, there has been an increase in cases of carcinoma in the mouth and throat area in recent years, in which infection with the human papillomavirus (HPV) was found. The rate of these HPV-associated cancers increases by 2.1 percent annually. Non-HPV-associated Head-and-Neck cancers decreased slightly by 0.4 percent over the same period[1]. In Germany, a current proportion of 40 percent of HPV-induced diseases is assumed, and the trend is rising[2].

The “OroCa-Graz” study is led by Prof. Dr. Dietmar Thurnher, Head of the General ENT Department at the Medical University of Graz. He explains: “Despite increasing cases, the treatment of Head-and-Neck cancer has not made any significant progress in the last 20 years. Beside new diseases, half of the patients return as so-called tumor recurrence within the two years after completing therapy. Furthermore, no early diagnosis has yet been established for Head-and-Neck tumors. Our goal is to change that. By examining the relationship between oropharyngeal carcinomas, HPV infections and DNA methylation markers, new ways of early diagnosis as well as secondary and tertiary prevention are emerging.”

Secondary prevention is aimed at people with an increased risk of disease, for example smokers. With preventive examinations, clarification as well as screening tests, malignant diseases, especially in risk groups, could be diagnosed at an early stage or abnormalities could be clarified. Until now, the throat is inspected when symptoms arise. Tertiary prevention measures are aimed at tumor patients who are in regular clinical follow-up after treatment.

As part of the “OroCa-Graz” study, tissue and saliva samples from patients with oropharyngeal cancer are examined comparatively. By submitting a simple saliva sample, complaints in the head and neck area should be clarified later. The detection of a malignant disease is carried out via the detection of tumor-specific DNA methylation markers, which were developed by oncgnostics. The HPV status of all samples is also determined. Based on these results, the scientists analyse how sensitive the tumor detection by the methylation markers is and whether there is a connection between the occurrence of the tumor markers and an HPV infection.

Research on DNA methylation markers since 2012

Since its foundation in 2012, oncgnostics GmbH has been specifically engaged in the search for DNA methylation markers, including Head-and-neck tumors. So far, a set of potential tumor markers based on tissue and swab samples has been established for the disease. One of these tumor markers is already used in the diagnosis of cervical cancer in the GynTect® test.

“Changes in the DNA methylation pattern occur early in tumor development. By detecting our cancer-specific biomarkers, we can check, for example, if cancer precursors are present. In the future, the application could be a powerful tool for early detection in the context of cancer screening and as part of the follow-up examinations for oropharyngeal carcinomas,” said Dr. Martina Schmitz, CEO of oncgnostics GmbH.