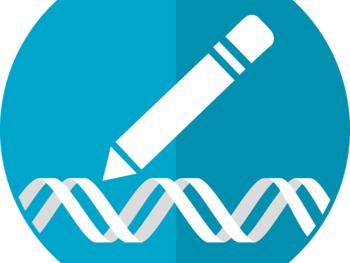 Every cell in our body has a computer-like control system that sends biological signals through thousands of circuits to monitor the cell's needs and regulate its responses.

But when diseases such as cancer arise, these regulatory circuits often go awry, resulting in unnatural signals and responses. The ability to accurately detect these abnormal disease signals would be a potential avenue for more precise treatments.

Now, Stanford researchers have devised a biological tool that can not only detect such faulty genetic circuits but also "debug" them - like running a patch cord around a computer hardware glitch - to facilitate the elimination of cancer cells, for instance.

In an article in the journal Molecular Cell, Stanley Qi and his team describe how they built their sense-and-respond system by modifying the CRISPR-Cas gene-editing tool, which works like a molecular switch to repair faulty genes. Qi is an assistant professor of bioengineering and of chemical and systems biology.

Qi had previously developed Cas tools that could perform multiple tasks, such as switching desired genes on or off. In his latest work, with graduate student Hannah Kempton, he expanded on that concept to develop a CRISPR-Cas tool that performs these different tasks only in the presence of different combinations of biological signals.

This is important because complex diseases like cancers can rarely be identified by a single genetic breakdown. More often, they result from a cascade of failures involving several genes - one may be switched on when it should be off, for instance, interfering with the proper operation of other genes. Kempton modified a particular Cas protein, Cas12, to enable it to detect multiple faulty signals and flip the right switches to help eliminate whatever chain of defects had caused the cell to malfunction.

"Few works have demonstrated this much control in human cells," said Qi, whose lab has applied for a provisional patent on their Cas12 technology. "Sensing many signals at once means greater precision in identifying a disease state, and greater safety in administering a therapy. We see this kind of circuit control playing a bigger role in treatments in the future."

The researchers believe that the applications for this technology extend beyond treating diseases like cancer. For example, rather than eliminating sick cells, the body may need to generate healthy new cells to replace irreparable ones. Our heart, bones, liver and other organs are all made up of specialized cell types that can be generated from stem cells. By programming the engineered Cas12 tool to trigger the right genetic circuits in these stem cells, clinical scientists could direct their rapid transformation into useful cells to repair damaged organs in response to injury.

"We've created a multi-tasking tool that can probe and control several genetic circuits at once," Kempton said,