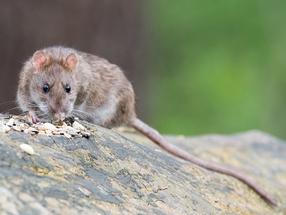 Rats and the plague – that was a constant and deadly threat hanging over Europe for centuries. But the danger posed by rats to humans is not banished, albeit in a different form: a recent study shows that many rats living in Vienna are carriers of dangerous multidrug-resistant bacteria. The work is the result of an international cooperation between Vetmeduni Vienna (Research Institute of Wildlife Ecology, Institute of Microbiology), the Austrian Agency for Food Safety (AGES), the Free University of Berlin and the Leibniz Institute for Photonic Technologies.

“Although the exact relationship between rats carrying multidrug-resistant bacteria and the risk to human health is still unclear, the prevalence of multidrug-resistant bacteria observed by us is worrying,” the authors write. “One of the rats in our study was captured in a garden used by homeless people as a place to sleep in the summer. This particular situation increases the risk of transmission of the resistant bacteria, although a variety of other scenarios for transmission is also conceivable. The fight against rats, but also other rodents such as mice, is and remains an important public health priority in cities.”

More than half of the world’s population currently lives in cities, and this proportion will have increased to 60% by 2030. The density of the human population, increased interactions with urban wildlife and warmer urban microclimates favour the emergence of zoonoses – infectious diseases that are transmitted to humans from animal carriers – in cities. Cities could thus become places where pathogens are introduced and spread.

Despite their bad reputation, rats are very useful for science. These rodents are common in urban areas and come into contact with all types of wastewater. Scientists take advantage of this fact to gather information about possible antibiotic resistance in rats in the urban environment.