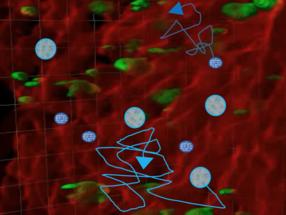 Fig 2: Simulation of cell migration in bone marrow with adjustable parameters as indicated.

Hematopoiesis is the process of forming blood cells, which occurs predominantly in the bone marrow. The bone marrow produces all types of blood cells: red blood cells, platelets, and white blood cells (leucocytes). One of the most prominent white blood cell types are neutrophils – they help the body fight against infections and are the most abundant subpopulation of leukocytes. They are short-lived and highly mobile, and can enter parts of tissue where other cells/molecules cannot.

All hematopoietic cells that develop in the bone marrow must cross the blood vessel wall to enter the circulation system. Blood platelets are released by bigger vessel-penetrating protrusions of huge, largely immobile progenitor cells, named megakaryocytes. In this way mature megakaryocytes produce platelets and release them into the blood circulation to maintain constant platelet counts. In addition, they actively regulate hematopoietic stem cell accumulation in a positive as well as negative manner.

Imaging the entire bone marrow with subcellular resolution to understand how all the players act in concert is still challenging. The research groups of Prof. Katrin Heinze and Dr. David Stegner established a profound 3D image reconstruction and segmentation pipeline for different bone marrow components. These segmented objects, originally derived from Light Sheet Fluorescence Microscopy, then serve as templates (see Figure 1) for computational simulations of cell distributions and their migration behavior in the bone marrow.

In this study, the scientists found that hematopoietic stem cells and neutrophils migration depends on the megakaryocyte size and distributions. Thus, these simulations suggest that megakaryocytes play an important role in cell migration even if not migrating themselves. Instead, the large megakaryocytes represent passive obstacles, and thus significantly influence migration of other cells such as hematopoietic stem cells and neutrophils in the bone marrow. Indeed, intravital microscopy confirmed that neutrophil mobility was reduced in platelet-depleted mice where megakaryocyte volumes are increased (see Figure 2).

This study showcases how the combination of advanced imaging approaches in combination with computational simulations can sharpen this hypothesis. Heinze says, “For simulations, grids and spheres do not sufficiently represent the complexity of the vasculature and its cells. In contrast, our image-derived templates are suitable and thus highly superior, as they reflect the physiological architecture in the bone very well.”

"This study points to the importance of biomechanical properties of the bone marrow environment in regulating cell motility, a factor which has so far not been appreciated well. Our data clearly show that volumetric analysis of the number and localization of megakaryocytes provides additional information that sharpens our picture of the bone marrow dynamics and mechanisms,” Stegner explains.

The computational tool can not only support 3D studies of dynamic cell behavior, but also help to focus or reduce animal experiments when hypotheses can be tested computationally. Beyond bone and blood research, the method can be used for any organ or tissue to interrogate dynamic maps of selected cell types and structures in health and disease.