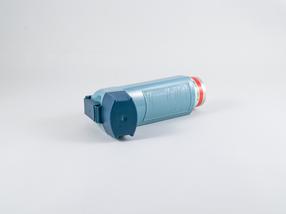 Asthma medicine has positive side effects, a study from the University of Bergen shows (symbol image).

Parkinson´s disease is a chronic disease with unknown causes. The disease destroys the brain cells that control body movements. Shivering, stiff arms and legs and poor coordination are typical symptoms of Parkinson´s. The symptoms may develop slowly, and it sometimes takes time to make a correct diagnosis.

Researchers at the Department of Global Public Health and Primary Care (IGS) at the University of Bergen (UiB) have completed a large study that included data from the Norwegian Prescription Database, in cooperation with researchers at Harvard University.

“Our analysis of data from the whole Norwegian population has been decisive for the conclusion in this study,” says Professor Trond Riise at IGS. He leads the registery study in Norway.

Together with colleagues Anders Engeland and Kjetil Bjørnevik, Riise has analysed more than 100 million Norwegian prescriptions registered since 2004.

In the study, the treatment of Parkinson´s was linked to prescriptions of asthma medicine and the medicine for high blood pressure. It enabled the researchers to see the connection between medicine use and illness.

The UiB-researchers were able to make these comparisons by using the prescription database. The Norwegian analysis was done after researchers at Harvard University found these effects of the medicines in animal tests and in experiments with brain cells in the lab. Their results showed that these different medicines had opposite effects on the risk of Parkinson´s.

To find out if these medicines had the same effect on humans, the researchers at Harvard University started to collaborate with the Norwegian research team, and their unique resource of having access to the unique and large Norwegian database, where all Norwegian prescriptions are registered.

“We analysed the whole Norwegian population and found the same results as in the animal testing at Harvard University. These medicines have never been studied in relation to Parkinson’s disease,” says Riise.

Trond Riise underlines the fact that “Our discoveries may be the start of a totally new possible treatment for this serious disease. We expect that clinical studies will follow these discoveries.”