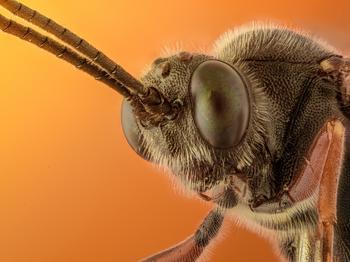 Skoltech researchers and their colleagues have studied a core element of the insect olfactory system to see how this knowledge might help in both fighting insects and using them to our advantage. The paper was published in the journal Molecular Biology Reports.

Olfaction, or the ability to detect odorous chemical substances, is one of the universal senses shared by all sorts of living organisms. How important it is for an organism’s survival varies across species, and generally the more important it is, the more intricate structures evolve to provide information about smells and odors. In insects, olfaction guides a lot of sexual and social behavior, so their chemosensing arsenal is quite diverse, with hundreds of genes encoding olfactory receptors tuned to specific compounds, or ligands.

“On the one hand, our interaction with the insect world is of great economic importance. Insects can be both our enemies (agricultural pests, vectors of dangerous infections) and friends (pollinators, producers of food substances). And the sense of smell is an important determinant of their behavior. On the other hand, the enormous diversity of insect chemoreceptors can find applications in the development of new scientific approaches, for example, in drug screening. The paradox here is that we still do not have a general picture of the olfaction mechanisms in insects,” Skoltech Professor Konstantin Lukyanov said.

Lukyanov and Skoltech PhD student Elena Sokolinskaya were part of the team that studied the functioning of Orco, a co-receptor that is fundamental to olfaction in insects, in a HEK293 cell line. Since Orco is a highly conserved constant subunit of any receptor of the OR family, meaning it’s very stable and ubiquitous, it is the most versatile target for studying insect olfactory regulation.

“We found that the functional “tuning” of the chemoreceptor, for example, its sensitivity and responsiveness, and maybe even the signal transduction mechanism, depends on the identity of its ligand-binding subunit dramatically. This means that the OR family of receptors is very diverse in its molecular functioning mechanisms,” Lukyanov said.

According to the authors, these findings can be relevant in repellent design and drug screening, although Lukyanov notes that research efforts should be targeted to specific receptors of specific insect species as “it is hardly possible to be guided by the observations and conclusions made only on the Drosophila model.”

“At the moment, we can also say that insect chemoreceptors are potentially applicable in ‘mammalian’ chemogenetics; we are currently testing a wider palette of receptors in the primary cultures of electroexcitable cells,” Lukyanov concluded.