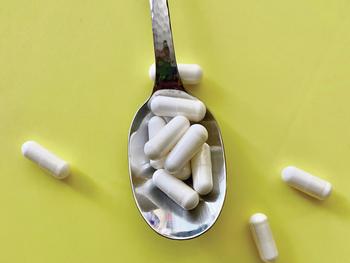 Photo by Candace Mathers on Unsplash

A Cologne-based research collaboration has found a way to predict the effect of broadly neutralizing antibodies (bnAbs) on the growth rate of HIV-1. This finding is the result of a research collaboration among scientists from the University of Cologne’s Institute for Biological Physics and the Institute of Virology of the University Hospital Cologne. The results are important to improve the design of alternative immune-mediated therapies for HIV infection. The article ‘Predicting in vivo escape dynamics of HIV-1 from a broadly neutralizing antibody’ has appeared in the Proceedings of the National Academy of Sciences.

Much progress has been made in controlling HIV infection. However, HIV-infected patients need to follow a strict treatment that involves taking a combination of medicines every day to suppress viral replication. HIV’s extraordinary capacity to evolve may in addition complicate the treatment.

One new approach with the potential to improve the treatment and prevention of HIV infection involves broadly neutralizing antibodies (bnAbs), which can recognize the virus and block its replication. However, the virus can make changes to its surface protein, allowing the virus to evade from the recognition of the antibody.

BnAbs bind the surface protein of HIV and thereby block the virus from entering its target cells. However, when HIV evolves to escape antibodies, this advantage may come at a cost. ‘Our hypothesis was that any variant that escapes recognition will then replicate more slowly than the wild-type variant does in an environment without antibodies. The decrease in growth rate of the escape variant is the cost of escape’, said doctoral researcher and lead author Matthijs Meijers from the laboratory of Professor Michael Lässig at the Institute of Biological Physics.

By analysing data from a clinical bnAb trial conducted at the University Hospital of Cologne and the Rockefeller University (New York, USA), the researchers found that there is indeed a trade-off between resistance against bnAbs on the one hand and the reduced capacity for replication on the other. The escape variants observed in different individuals show remarkably similar behaviour: Their growth rate does not seem to depend significantly on the genomic background of the virus, which is different in each individual. Rather, it depends on two fitness factors: antibody dosage and viral load. Therefore, the researchers could predict the escape dynamics of HIV-1 in the course of bnAb therapy.

Understanding how HIV escapes from a bnAb can help to design optimal protocols for therapy. ‘Predicting the evolutionary response of the virus is one step towards control of viral infection’, said Professor Michael Lässig.