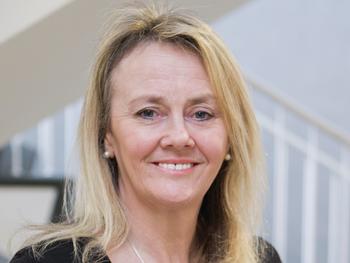 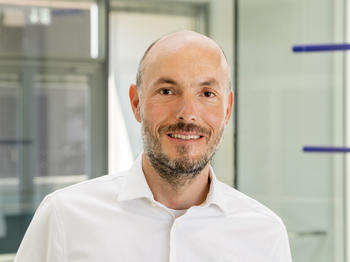 Merck, a leading science and technology company, today announced the winner of the Future Insight Prize 2020, worth € 1 million. This year’s topic “Multi-Drug Resistance Breaker” relates to the health category. Prof. Stephan Sieber (44) is being awarded the Future Insight Prize 2020 for his scientific research into fighting multidrug-resistant bacteria. Sieber and his research group at the Technical University of Munich, Germany, are working on ways to overcome antibiotic resistance.

“Only thanks to research and innovative solutions will we be able to win the fight against antimicrobial resistance globally. I cordially congratulate Prof. Stephan Sieber on his work. And it is my wish to see many scientists and companies engage in this vital field of health research,” said Jens Spahn, German Federal Minister of Health, in his speech to honor Sieber.

“Antimicrobial resistance poses a major risk for all of humanity. It threatens every medical advance that researchers and developers are pursuing around the globe. That’s why we are proud to be able to support Stephan Sieber: a brilliant researcher who has dedicated himself to this highly complex topic. We at Merck have been engaged in the fight against antimicrobial resistance for years, and we launched a new development fund together with other companies just last week,” said Stefan Oschmann, Chairman of the Executive Board and CEO of Merck.

One of Sieber’s research projects focuses on PK150, an antibiotic able to stop multi-resistant bacteria in their tracks. His research group has identified two modes of action for PK150: firstly, it interferes with the bacteria’s energy metabolism; secondly, it increases the activity of a signal peptidase, which causes the bacteria to burst, thereby destroying them. Sieber, who lectures in Organic Chemistry at the Technical University of Munich, studied and earned his doctorate at Philipps-Universität in Marburg with periods of study abroad including in Boston, USA. He has received numerous awards, including the Klung Wilhelmy Science Award and the Klaus Grohe Prize.

“I would like to accept the Future Insight Prize on behalf of my entire research group,” said Sieber. “The award will open up many new opportunities for us.” One such aim is to optimize PK150, and the next phase of the research will turn to the clinical development of PK150.

According to current estimates by the International Federation of Pharmaceutical Manufacturers and Associations (IFPMA), 700,000 deaths per year are attributable to antibiotic-resistant bacteria. In its worst-case scenario, the IFPMA anticipates up to 10 million deaths per year by 2050. Merck has joined forces with other pharmaceutical companies in support of the AMR Action Fund. With nearly US$ 1 billion in venture capital at its disposal and under the leadership of the IFPMA, this initiative aims to help biotech companies develop two to four new antibiotics and make them available to patients by the end of the decade.

“Caroline Dive is a globally renowned scientist whose work on circulating tumor cells and liquid biopsies revolutionized the way we diagnose cancer,” said Belén Garijo, member of the Executive Board of Merck and CEO Healthcare. “We are very pleased to recognize her as the first Johann Anton Merck Award recipient and look forward to collaborating together to help advance science in oncology.”

Prof. Dive and her team of around 100 at the Cancer Research UK Manchester Institute, University of Manchester, United Kingdom, are conducting pre-clinical oncological research into biomarkers to inform cancer patient treatment. One focus of her work is lung cancer and its management using liquid biopsies. Specifically, she studies tumour cells circulating in a patient’s blood – a method that could dispense with the need for tissue samples to diagnose cancers and in 2017 she was appointed Commander of the Order of the British Empire for her services to cancer research.

Originally graduating in pharmacy from the University of London, Dive’s current research areas include discovery of new drug targets, the selection of drug dose in early clinical trials, investigating mechanisms of drug action and predictive biomarkers to pick the right drug for the right patient.

The Nature Spinoff Prize has been established by Nature Research publishers in partnership with Merck to showcase and celebrate global excellence in the commercialization of academic research through the creation of spinoff companies. Magdalena Skipper, editor-in-chief of Nature, and Stefan Oschmann today presented the award worth € 30,000 to Sibel Health, a spinoff of Northwestern University, Illinois, USA.

More information about the winning team, today’s other 11 finalists and 32 other promising companies selected by the jury as “ones to watch” can be found here.