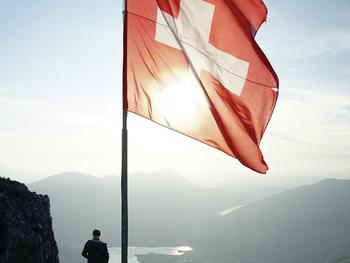 Photo by Seb Mooze on Unsplash

With one of the most comprehensive life sciences ecosystems in the world, Swiss biotech continues to thrive. The 2020 edition of the Swiss Biotech Report launched by the Swiss Biotech Association in conjunction with EY and seven other partners, provides highlights and analysis of funding, M&A and collaborations, as well as a special focus on the exciting new artificial intelligence scene.

The Swiss biotech industry generated overall revenues of CHF 4.8 billion in 2019, compared to CHF 4.0 billion in 2018. This boost in revenues was mainly driven by favorable collaboration and licensing agreements for AC Immune, Basilea and CRISPR, as well as higher revenues for those biotechs already selling products/services in the market.

In the ecosystem an already attractive funding environment was boosted by new specialized Swiss based funds such as Medicxi, ND Capital, Pureos Bioventures, and Bernina BioInvest together with an ever-increasing number of foreign funds. M&A activity, an indicator of sector maturity and attractiveness, thrived, as demonstrated by the Amal, NovImmune and Therachon deals.

New strengths are emerging as multi-national biopharma companies such as Biogen, CSL Behring, Novartis and Merck invest heavily in expanding production capacity for the increasing number of complex biologicals and cell therapies gaining approval. In addition, the possibilities of artificial intelligence are being exploited by companies such as SOPHiA Genetics, BC Platforms, Genedata, Insphero, GenomSys and SimplicityBIO.

„The Swiss Biotech Report 2020 shows that Switzerland has a comprehensive life sciences ecosystem – from research to manufacturing – that Swiss biotech companies can rely on and thus continue to thrive. Economically, life sciences are a major pillar of the Swiss economy, accounting for 40 percent of exports with a truly global reach. The report also shows that the sector is not standing still with growth in new areas and a rise in international collaborations and investments,“ commented Michael Altorfer, CEO of the Swiss Biotech Association.

„In line with the global biotechnology industry, Swiss biotech in 2019 again performed well, irrespective of the macroeconomic and external environment and showed resilience in the face of elevated geopolitical, trade and tariff concerns. Financing held up, revenues increased and M&A activity continued. The only diversion was the absence of IPOs, as companies chose to explore other paths of finance,“ says Jürg Zürcher, Partner and Biotechnology Leader Germany, Switzerland, Austria, at EY in Switzerland.

Nominated this year for the Swiss Biotech Success Stories Awards in 2021 are Bachem, Basilea, Esbatech, Lonza, and Novimmune.