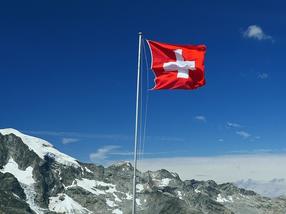 The Swiss population’s trust in science and research is high to very high. As the Science Barometer Switzerland 2019 study shows, people in Switzerland have a positive attitude towards science and are keen to receive information about research, with climate and energy considered the most important topics.

The Swiss population’s trust in science and research remains high, the latest data from the Science Barometer Switzerland 2019 study shows. According to the representative survey study, 56 percent of the Swiss population rate their trust in science as high or very high. The Swiss thus trust science to almost the same extent as in the Science Barometer’s previous survey in 2016 (57 percent).  “Overall, men trust science slightly more than women do, and younger people’s trust is a little higher than that of older people,” explains Mike S. Schäfer, professor at UZH, who leads the study together with Julia Metag, professor at the University of Münster. “There is no evidence of any substantial loss of trust in science in our society,” says Schäfer. “This also corresponds to findings from comparable studies in other countries.”

In fact, the trust awarded to researchers at universities is even higher: More than 65 percent of survey participants trust them to a high or very high degree, another result that only marginally differs from 2016. This great trust is accompanied by an overall positive image of scientists. “Survey participants ascribed predominantly positive characteristics to scientists, such as ‘qualified’, ‘experienced’ or ‘responsible’,” says Julia Metag.

Positive image of science and research

The results of the Science Barometer demonstrate that Swiss people have an overall positive attitude towards science. 64 percent of study participants believe that scientific research improves their lives. 73 percent think that pure research is necessary, and the same percentage of respondents believe research should be supported by the government.

Moreover, the Swiss are keen to receive information on science, with 79 percent of participants stating that scientists should inform the public about their work. 36 percent would once like to be involved in a research project; however, only 28 percent believe that members of the public should have a say in what kind of topics are researched.

Stepping up climate and energy research

According to the Swiss population, research on climate and energy issues should be the main priority in the years to come, followed by health and nutrition. Transportation and mobility, immigration and integration as well as communication and digitalization also feature on the respondents’ list of priorities.

According to the study, the Swiss population most often comes into contact with science and research on the internet, where they mostly use Wikipedia or newspaper and magazine websites and apps to inform themselves about scientific topics. This is further confirmation of the spread of digitalization and shows that it increasingly also affects science communication.

Newspapers and magazines as well as Wikipedia are the most important sources of scientific information when it comes to the overall population of Switzerland. In contrast, YouTube plays an essential role for young Swiss people, with 44 percent of survey participants aged 15 to 34 stating that they often or very often come into contact with science and research on YouTube – which is more than through any other channel. Facebook and other social networks (30 percent) also play an important role for this age group when it comes to scientific topics, unlike messaging services such as WhatsApp (9 percent).