How the body protects itself from type 2 diabetes

Researchers discover a key role of the protein HPGD 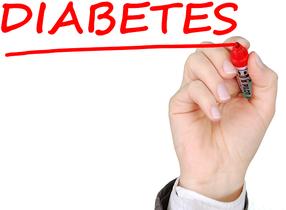 A specific group of white blood cells, termed "regulatory T cells", keeps the immune system in balance and suppresses its activity to protect the body against autoimmune diseases. Scientists at the German Center for Neurodegenerative Diseases (DZNE) and the University of Bonn have now discovered a new mechanism by which regulatory T cells inhibit inflammation specifically in adipose tissue. This mechanism plays an important role in protecting against type 2 diabetes, as an overactive immune system in adipose tissue can promote insulin resistance and thus contribute to this metabolic disease.

The immune system protects the body against infectious diseases. However, an overactive immune system can have detrimental effects. Not only can it cause autoimmune diseases, inflammatory responses may also indirectly contribute to neurodegenerative diseases or to type 2 diabetes.

Regulatory T cells keep the immune system under control. They circulate in the bloodstream or reside in certain tissues to counter local inflammation. "The role of regulatory T cells in adipose tissue has been well studied," says Marc Beyer, a scientist at the DZNE, who initiated the study during his time as group leader at the University of Bonn together with Joachim Schultze. "They keep the tissue healthy and thus counteract the development of type 2 diabetes." However, little is known about how they accomplish this task. Beyer, Schultze, and their teams now showed that a protein called 15-hydroxyprostaglandin dehydrogenase - HPGD for short - is essential for the proper functioning of these cells.

The researchers found that HPGD is highly enriched in regulatory T cells in both mice and humans. It metabolizes a tissue hormone called prostaglandin E2, which is found at high levels in adipose tissue. This metabolic product then activates other factors that can downregulate the immune system. "HPGD has a whole range of functions in the body, but nothing was known about its role in the immune system," says Schultze, a group leader at the DZNE and at the Life & Medical Sciences Institute (LIMES) at the University of Bonn.

The researchers then investigated HPGD function in more detail by breeding mice that specifically lack this protein in regulatory T cells. The loss of HPGD was particularly noticeable in older mice, where immune cells accumulated in the adipose tissue. "We suspect that inflammation progresses slowly over time. Regulatory T cells that lack HPGD can no longer antagonize this development and the inflammatory process will prevail," says Schultze.

In addition, a high-fat diet more easily led to insulin resistance in mice lacking HPGD in the regulatory T cells. Moreover, the researchers from Bonn also observed a correlation between HPGD and type 2 diabetes in humans: The protein was reduced in regulatory T cells of patients with diabetes.

The researchers thus conclude that HPGD in regulatory T cells protects against inflammation in adipose tissue and type 2 diabetes. “However, at least in humans, HPGD probably plays a broader role,” says Beyer. "HPGD in humans is also enriched in regulatory T cells in the blood, so it probably has a general function. Thus, the mechanism might also play a role in neurodegenerative diseases".