Difficult to kill bacteria develops tolerance against alcohol based disinfectants 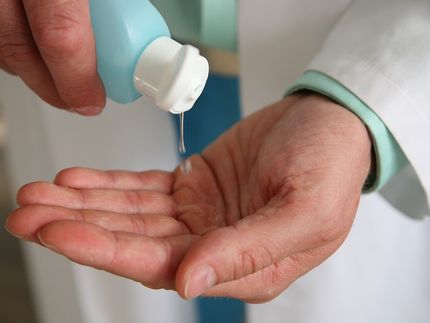 A multidrug-resistant bacterial species that can cause infections in hospitals is becoming increasingly tolerant to the alcohols used in handwash disinfectants, a new study finds. The analysis of bacterial samples taken from two Australian hospitals over 19 years suggests that the species Enterococcus faecium is adapting to a mainstay of infection control used in healthcare facilities worldwide. Treatment-resistant bacterial species such as methicillin-resistant Staphylococcus aureus have become an increasing source of concern for hospital workers over the past several decades.

Hospitals have therefore adopted stringent hygienic procedures to keep dangerous microbes from infecting patients; these procedures often involve the use of hand rubs and washes that contain disinfectants based on isopropyl or ethyl alcohol. However, drug-resistant E. faecium infections have increased despite the use of alcohol disinfectants, and currently represent a leading cause of infections acquired in hospitals. This alarming development prompted Sacha Pidot and colleagues to investigate whether E. faecium could be developing resistance to the alcohols used in hand rubs. They screened 139 E. faecium isolates - or isolated bacterial samples - previously collected between 1997 and 2015 from two hospitals in Melbourne, Australia, and studied how well each isolate survived when exposed to diluted isopropyl alcohol. The isolates gathered after 2009 were on average more tolerant to the alcohol compared to bacteria taken from before 2004.

The authors then seeded different E. faecium isolates onto the floors of mouse cages and found that the alcohol-tolerant isolates better colonized the guts of mice that were housed in the cages after the cages were cleaned with isopropyl alcohol wipes. Analysis of the bacterial genome revealed that the tolerant isolates harbored several mutations in genes involved in metabolism that conferred increased alcohol resistance. The authors say that examination of isolates from hospitals in other geographical regions is necessary before any major conclusions can be drawn. However, the results indicate that global efforts to mitigate bacterial resistance should consider how microbes can adapt not only to drugs but also to alcohols and other ingredients used in disinfectants.