"With a view to preventing colorectal cancer, it is important to have a precise knowledge of the risk factors for early disease" 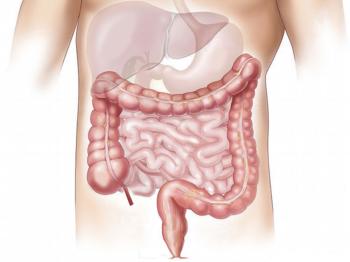 The incidence of colorectal cancers in young adults is increasing. At the same time, the proportion of overweight and obese young people is also on the rise. Whether there is a connection between these two observations, however, was not known until now. Scientists at the German Cancer Research Center (DKFZ) have now shown that the risk of early colorectal cancer is significantly increased in overweight young people compared to normal-weight peers.

Colorectal cancer is one of the most common cancers, with approximately 60,000 people diagnosed in Germany each year. Most of those affected are people over the age of 50. However, in many countries the number of colorectal cancers in younger adults has been increasing in recent years.

It has been known for some time that there is a link between a high body mass index (BMI) and the risk of colorectal cancer. The influence of age has not yet been investigated. However, since overweight and obesity are increasing in frequency, especially in the younger generation, it is reasonable to assume that this development could be one of the main causes for the more frequent occurrence of colorectal cancer already at a younger age.

To test whether this assumption is correct, scientists led by Hermann Brenner of the German Cancer Research Center (DKFZ) have now conducted comprehensive statistical analyses. "With a view to preventing colorectal cancer, it is important to have a precise knowledge of the risk factors for early disease," explains Brenner, an epidemiologist. "Since colorectal cancer is rare in young adults, despite rising incidences, analyses on large patient cohorts are needed to show an association."

The researchers therefore drew on data from the ongoing DACHS (colorectal cancer: opportunities for prevention through screening) case-control study, one of the world's largest trials of colorectal cancer, which they have been conducting at the German Cancer Research Center since 2003. Between 2003 and 2020, a total of 6,602 patients with colorectal cancer and 7,950 people without colorectal cancer participated in this study. There were 747 people younger than 55 in the affected group and 621 in the control group. The researchers asked the participants about their weight at the ages of 20 and 30 and about 10 years before the cancer diagnosis and before the survey, respectively. From the data, they determined the risk of early colorectal cancer in overweight (BMI 25 to <30 kg/m2) and obese (BMI ≥30 kg/m2, obesity) people compared with normal-weight (BMI <25 kg/m2) people.

The team found that the risk of early colorectal cancer was about twice as high in obese people as in those of normal weight. If obesity was already present at age 20, their risk was even 2.6 times higher. Overweight people with a BMI of 25 to 30 kg/m2 also had an increased risk of developing colorectal cancer at an early age.

These findings support the suggestion that the increase in overweight and obesity in the younger generation is one of the main reasons for the more frequent occurrence of early colorectal cancer. "The results suggest that measures to prevent overweight and obesity, particularly in younger generations, are just as important for colorectal cancer prevention as they are for preventing other common diseases," Brenner concludes.