How satiation can be controlled 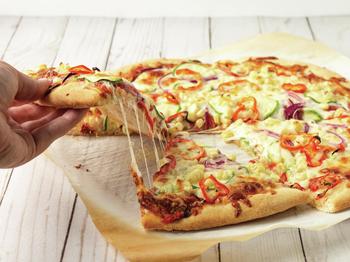 Photo by Quin Engle on Unsplash

Researchers at the Technical University of Munich (TUM) and the Finnish research institute Turku PET Centre have discovered a new mechanism controlling satiation. According to the recently published study, the hormone secretin induces satiation by activating brown adipose tissue.

Brown adipose tissue can convert nutritional energy into heat. This process is referred to as non-shivering thermogenesis – a principle that small mammals and human newborns use to maintain a stable body temperature. What it means that meals increase thermogenesis in brown fat has been unclear.

Secretin is a hormone secreted into blood circulation by the intestines, and it stimulates the production of peptic juices in the pancreas when we have meals. The researchers discovered secretin receptors in the brown adipose tissue of healthy people.

“This suggests that secretin also affects brown fat. In our studies, secretin infusions not only increased glucose uptake in brown adipose tissue, but also elevated energy expenditure in the whole body,” says scientist Sanna Laurila from the University of Turku.

After proving the process in the mouse model, the researchers conducted a human experiment. Using magnetic resonance imaging, the researchers discovered that secretin also decreased the activity of the reward system in the brain when the subjects were looking at delicious photos of food. This seduction by the sight of delicious food is inhibited by secretin, thus decreasing the hedonic drive to eat.

The subjects’ decreased appetite could also be verified with a questionnaire survey, and the time between their meals grew by 40 minutes compared to the control group.

Brown fat generates great interest from the perspective of weight control because it has the ability to burn fat instead to storing it. “However, humans have a relatively small amount of brown fat, which means that the metabolic advantages probably cannot be solely ascribed to increased energy consumption,” sums Prof. Pirjo Nuutila.

“That the hormone secretin affects satiation in people can be one of the reasons behind the beneficial metabolic effects of brown fat.”

Control of energy balance is essential to curbing obesity

“This study underlines the functional relevance of human brown fat in controlling energy balance as it affects both food intake and energy expenditure,” commented Martin Klingenspor, Professor of Molecular Nutritional Medicine at TUM.

The newly-discovered mechanism controlling satiation opens up new opportunities for the research of the development, prevention, and treatment of obesity. Further research is needed to investigate in more detail what kind of role secretin has in metabolic disorders such as metabolic syndrome, obesity, and type 2 diabetes.