Sound the alarm! How injured plant cells warn their neighbors 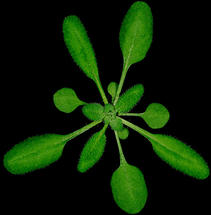 All organisms can be injured. But what happens when a plant is injured? How can it heal itself and avoid infections? An international research team from the University of Basel and Ghent University has reported on wound reaction mechanisms in plants in the journal Science. Their insights into plant immune systems could be used for new approaches to sustainable crop production.

Plants react at least as quickly as animals or humans when injured. They possess a highly developed cellular communication system that sounds the alarm within seconds. The plant cells also release a specific hormone that triggers wound repair and infection resistance processes. Arabidopsis thaliana, commonly known as mouse-ear cress, served as a model plant for the research group led by Professor Thomas Boller from the University of Basel’s Department of Environmental Science (Botany) and researchers from Ghent University in Belgium.

In order to better understand wound reactions in the model plants, the researchers focused a short, high-precision laser pulse on individual root cells. Within seconds, this localized injury triggered a sharp increase in calcium ions in the affected cells. In turn, this calcium surge activated a protein-splitting enzyme known as metacaspase 4, which released a wound hormone from its precursor protein, thereby alerting neighboring cells.

Researchers were surprised to discover that the plant’s alarm system reacts so quickly and specifically to injury. PhD student Tim Hander from Professor Boller’s laboratory team initially anticipated it would take a quarter hour, then minutes, and finally seconds. The researchers checked the results by creating an experimental mouse-ear cress mutant that did not contain metacaspase 4. This variant was unable to produce the wound hormone and to alert neighboring cells.

The researchers suggest that these insights may help develop new approaches to sustainable crop production. “If we gain a better understanding of alarm reactions, we can use this knowledge to more effectively protect plants from pests by breeding cultivars in which the release of the wound hormone and its perception by the relevant receptors are enhanced,” says Professor Boller.

Conventional strains of food and feed crops usually prioritize yield and quality and are combined with intensive use of pesticides, without taking into account the plants’ immune system. The identification of metacaspase as an essential catalyst for efficient natural immune reactions raises new possibilities for crop production.