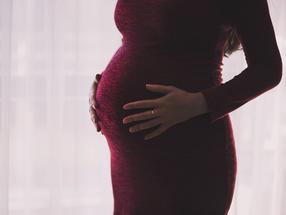 The toxic heavy metal mercury can find its way into the blood of unborn babies through the placenta by “camouflaging” itself as an amino acid. This finding was the outcome of research carried out by a team from Karl Landsteiner University of Health Sciences and the Medical University of Vienna (both Austria). In contrast, little is known about placental transport of iron, an essential element that is often found in insufficient quantities in expectant mothers and their unborn foetuses. Based on the methods used and experience gained in the mercury study, the inter-university team is now looking at this transport process in a new project, which is also being supported by NÖ Forschungs- und Bildungsges.m.b.H. (NFB).

Facilitating the exchange of metabolites, nutrients and gases between mother and foetus is one of the most important functions of the placenta. It is vital that harmful substances in the mother’s blood do not threaten the life of the unborn child. The placenta is effective at blocking cadmium and lead, but the protective mechanism fails to stop mercury. This toxic heavy metal is transported from the mother’s blood stream into the foetus’s circulatory system with astonishing efficiency. Until now, it was not clear how this happens, but now a team of physicians from Karl Landsteiner University of Health Sciences in Krems (KL Krems) and the Medical University of Vienna (MUV) has verified the reasons.

“Essentially, the cause is very simple,” explains Prof. Claudia Gundacker, who headed the research team. “Mercury is present in the blood in a form that is structurally similar to an amino acid which the placenta absorbs from the mother’s blood. So the mercury ‘disguises’ itself and deceives the system.” In fact, mercury, including the neurotoxicant methylmercury, bonds easily with amino acids like cysteine, which contains sulphur. This compound of mercury and cysteine is similar to the amino acid methionine, which is taken up by the placenta using a specific mechanism known as system L.

Using cell cultures that are very similar to the placenta in the in vivo situation, Prof. Gundacker’s team showed for the first time that system L transports methylmercury like an amino acid. This also explains an earlier finding that foetuses have a higher concentration of mercury in their blood than the mothers. In effect, the placental transport mechanisms pump mercury into the unborn child’s bloodstream.

The findings, which have been published in the journal Toxicology and the International Journal of Molecular Sciences, confirm that the methods used by the team are suitable for analysing the placenta’s transport mechanisms. All the more reason, then, to use these methods for further studies. Prof. Hans Salzer of KL Krems commented: “Now we are also looking at the uptake of iron into the placenta. In contrast to mercury, foetuses need iron. But unfortunately, iron deficiency is common among pregnant women and newborns, even in highly developed countries. We can only address this problem effectively if we have a better understanding of how it is transported.”

This is the focus of a project that the group has recently launched. The next aim is to identify the proteins responsible for iron transport in the placenta and test their function using cell cultures. The team will also establish precisely where these proteins occur in the placenta. Then, the focus will switch to examining the relationship between the activity of the proteins in the placenta and the iron levels of mother-child pairs. The researchers have access to 100 data sets from healthy, non-anaemic mother-child-pairs, which will enable them to produce comprehensive results.

In view of the placenta’s importance for the health of unborn children and expectant mothers, the gaps in our understanding of its transport methods are staggering. However, the KL Krems-MUV team is now rapidly filling in these blanks thanks to its international expertise and its methods, which are now firmly established.