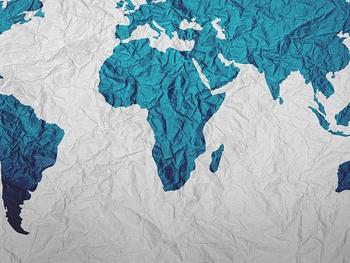 Academia could be overlooking new ideas from low income nations without realising it, suggests an Imperial College London researcher.

Dr Matthew Harris, from Imperial’s School of Public Health and Institute of Global Health Innovation, discusses how unconscious bias could be keeping developed and developing countries from collaborating on the next generation of frugal innovations - high quality but affordable healthcare advances.

Dr Harris shared his work on understanding the bias barrier, and how to level the playing field to encourage learning between nations.

What is a frugal innovation?

High-income countries have the budgets for purchasing state-of-the-art healthcare technology. However, without similar funding, scientists and medics in many poorer countries are forced to respond differently to similar challenges in order to provide the same quality of care with a smaller price tag. This is where lower cost, but just as effective, alternatives can come in. We use the term frugal innovation to describe this low cost, high value approach.

How do scientists from developing nations work around the lack of funding?

Frugal innovations reduce the overall costs of a technology by eliminating unnecessary functions, materials, and aspects of production. They are tested against standard models to ensure they are safe and of high quality.

For example, in South Africa, surgeons use cheap, readily available and sterilised mosquito net mesh to repair hernias instead of expensive commercial mesh. The frugal version is just as effective and safe as commercial mesh, but the cost difference can be as much as £700.

In Uganda, surgeons are using an orthopedic drill without the usual £30,000 price tag. The drill is usually made with heat resistant materials, allowing it to be sterilised. The frugal version, known as the Arbutus Drill System, is an adapted ordinary household drill wrapped in sterilisable material. This means only the wrapping needs sterilising, which saves money on expensive heat resistance. This drill was found to be just as safe and effective as expensive versions.

Both are examples of simple design changes that can reduce costs by thousands of pounds. In our paper, “Global lessons in frugal innovation to improve health care delivery in the United States”, we explored five of these kinds of innovations in more detail, considering in particular how they could be scaled up and applied to US markets without skimping on quality.

What are the challenges to learning from developing countries?

Although we know the merits of frugal innovations, there are barriers to overcome before richer countries embrace new ways of thinking from developing ones.

There appears to be an unspoken attitude that poorer countries learn from richer ones, and not the other way around. Our recent research focuses on this cognitive barrier, where there may be resistance to an idea simply because of its origin.

Our study, “Explicit bias towards high-income country research”, showed that English doctors rated the same research abstracts differently depending on the source of the abstract. When abstracts were from a low-income country, doctors considered them to be significantly less relevant, and were much less likely to recommend the abstract by up to 25 per cent.

The paper provides compelling evidence of what has already been described anecdotally - that research from low-income countries is judged to be lesser than research from high income ones. We controlled for other factors, making these findings particularly robust.

Another study, “Measuring the bias against low-income country research”, we demonstrate that healthcare professionals often have an unconscious bias, linking good research with rich countries, and bad research with poor countries.

These assumptions, whether held consciously or unconsciously, hinder progress and create an uneven playing field in healthcare innovation and the spread of good ideas.

How can we address the bias?

Academia on the whole should encourage more investment in research in and by low-income countries, and more international collaboration among authors.

However, with so many examples of frugal innovation emerging from low-income countries we must make sure that we are open to these potential solutions, even for the NHS. Once articles are published and in the public domain, readers might unconsciously discount the studies simply because of the author’s country.

Next we will try to understand the reasons behind unconscious bias against developing nations in order to tackle it more specifically. For academia, journals could consider publishing articles without author affiliations. Removing this information entirely would level the playing field and let the research speak for itself.