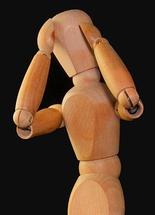 A PhD student at Xi'an Jiaotong-Liverpool University in Suzhou, China is carrying out work that could have a significant impact on drugs developed to prevent and treat migraines.

Fan Bu's doctoral project has revealed a previously unknown mechanism, involving a protein within brain cells, which plays a key role in a migraine starting and developing.

When the protein that Fan has identified, named sarcoma family kinases, is activated in cells in the brain it can lead to the neurological responses that may trigger migraines.

"We knew that this protein existed and it was involved in other diseases," he said, "but we had not known its significant involvement in migraines until I studied the underlying mechanism of a key subunit of a cell membrane protein associated with migraine, that had been identified in the early stages of my PhD project."

It is thought that if the activity of this enzyme can be prohibited, migraines may be prevented from occurring at all. The discovery has potential importance in identifying targeted drugs for preventing migraines.

More than one billion people -- around 16 percent of world's population -- regularly suffer the debilitating symptoms of migraines.

In the past, scientists believed that migraines were linked to the changes of blood flow in the brain. It is now believed, however, that migraines are also caused by inherited abnormalities in genes that control the activities of certain brain cells.

"There are currently no cures for migraines, the most effective thing is for people to prevent them from happening," said Fan. "My work will contribute to the ongoing drug development that might ultimately discover cures, which is very exciting."