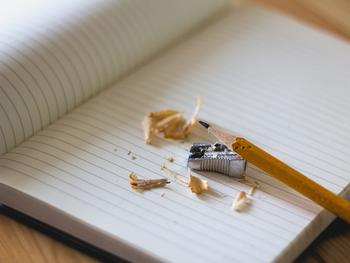 Wake Forest Institute for Regenerative Medicine (WFIRM) scientists have figured out a better way to deliver a DNA editing tool to shorten the presence of the editor proteins in the cells in what they describe as a "hit and run" approach.

CRISPR (clustered regularly interspaced short palindromic repeats) technology is used to alter DNA sequences and modify gene function. CRISPR/Cas9 is an enzyme that is used like a pair of scissors to cut two strands of DNA at a specific location to add, remove or repair bits of DNA. But CRISPR/Cas9 is not 100 percent accurate and could potentially cut unexpected locations, causing unwanted results.

"One of the major challenges of CRISPR/Cas9 mRNA technologies is the possibility of off-targets which may cause tumors or mutations," said Baisong Lu, Ph.D, assistant professor of regenerative medicine at WFIRM and one of the lead authors of the paper. Although other types of lentivirus-like bionanoparticles (LVLPs) have been described for delivering proteins or mRNAs, Lu said, "the LVLP we developed has unique features which will make it a useful tool in the expanding genome editing toolbox."

To address the inaccuracy issue, WFIRM researchers asked the question: Is there a way to efficiently deliver Cas9 activity but achieve transient expression of genome editing proteins? They tested various strategies and then took the best properties of two widely used delivery vehicles - lentivirus vector and nanoparticles - and combined them, creating a system that efficiently packages Cas9 mRNA into LVLPs, enabling transient expression and highly efficient editing.

Lentiviral vector is a widely used gene delivery vehicle in research labs and is already widely used for delivering the CRISPR/Cas9 mRNA technology for efficient genome editing. Nanoparticles are also being used but they are not as efficient in delivery of CRISPR/Cas9.

"By combining the transient expression feature of nanoparticle-delivery strategies while retaining the transduction efficiency of lentiviral vectors, we have created a system that may be used for packaging various editor protein mRNA for genome editing in a 'hit and run' manner," said Anthony Atala, M.D., director of WFIRM and co-lead author of the paper. "This system will not only improve safety but also avoid possible immune response to the editor proteins, which could improve in vivo gene editing efficiency which will be useful in research and clinical applications."