CHF 46 million for a University of Basel start-up 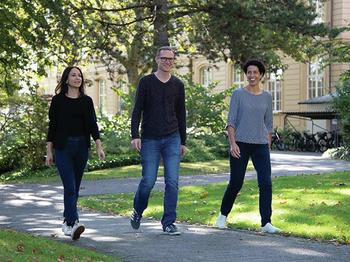 Cell therapies are the new hope when it comes to tackling diseases such as leukemia or multiple sclerosis, but they require an intensive and strenuous course of pretreatment. Researchers from the University of Basel and the University Hospital of Basel have developed an approach to make both this preparatory process and the follow-up treatment more gentle and effective. The researchers have founded a start-up with a view to further developing the approach for clinical use.

In recent years there has been something of a boom in the development of cell therapies. The hope is that these medicines will help to bring some of the hardest-to-treat diseases under control. Certain cases of leukemia and serious autoimmune diseases such as multiple sclerosis could be made more treatable thanks to genetically modified immune cells. Essentially, the patient receives a new immune system – or, to put it more precisely, they receive blood stem cells from a donor that serve as the source of all new blood cells, including the immune cells. These cells therefore replace diseased cells that are multiplying in an uncontrolled manner or that, in the case of multiple sclerosis (MS), are attacking the insulating covers of the patient’s own nerve cells.

In order for the body to accept this new immune system, it is necessary to eliminate the patient’s own blood stem cells using radiotherapy or chemotherapy before the actual therapy begins. This highly stressful process is only justified if the therapy is likely to deliver considerable benefits, and it can only be performed on strong, healthy patients. Another limitation of stem cell transplantation is that the treatment cannot be continued in order to keep any potentially remaining diseased cells in check – a renewed course of treatment would also attack the new immune system.

Immunologist Professor Lukas Jeker works at the Department of Biomedicine at the University of Basel and the Clinic of Transplantation Immunology & Nephrology at the University Hospital of Basel (USB). Together with computational biologist Dr. Rosalba Lepore, cell biologist Dr. Romina Matter-Marone and his research group, he is pursuing an approach that aims to make the replacement of the immune system a gentler process.

Jeker’s innovative research hit the radar of Versant Ventures, an early stage biotech venture capital firm that has a strong track record of company creation. The University of Basel researchers teamed up with Versant’s Basel-based investment group and its Ridgeline Discovery Engine, to co-found Cimeio Therapeutics AG (Cimeio) with a Series A commitment of USD 50 million (CHF 46 million).

“Until now, the body’s own immune cells were so similar to the donated cells that we couldn’t distinguish between them in patients’ bodies,” explains Jeker. It wasn’t possible to eliminate one when required without also attacking the other. In collaboration with the research group led by Professor Torsten Schwede, who uses computer models to analyze protein structures, the researchers developed a strategy to design protein variants that allow donor cells to be distinguished from recipient cells.

“Our approach labels the donor immune cells without interfering with their functionality,” said Rosalba Lepore. It’s therefore possible to discriminate between donor cells and the body’s own cells within the patient and to eliminate these in a targeted manner.

This opens up alternatives to the intensive chemotherapy and radiotherapy currently used to prepare for transplantation. The ability to differentiate between immune cells raises the possibility of gradually shutting down a patient’s own immune system using specific antibodies while the new immune system is built up undisturbed using donor blood stem cells. In addition, the labeled cells also provide an opportunity – in combination with a suitable antibody – to eliminate tiny quantities of residual leukemia cells long after stem cell transplantation. “This gentler method would make treatment worthwhile for a broad spectrum of patients,” noted Jeker.

The principle of labeling could also prove to be useful in other areas – for example, as an emergency brake for immunotherapies against cancer. “If the side effects are too severe, you can selectively bring the donor immune cells to a halt,” says Romina Matter-Marone.

The technology is underpinned by basic research that Jeker is pursuing with the support of a Consolidator Grant from the European Research Council (ERC) and that he is continuing alongside the process of building a company. “During a research stay in the USA, I saw how rapidly the close intertwining of academic and industrial research can drive innovation forward,” he says.

The immunologist enjoys his dual role as a researcher and a company founder within a competitive biotech market. Jeker believes that the early support the project has received from the Unitectra technology transfer platform of the Universities of Basel, Bern and Zurich, from the Innovation Office of the University of Basel and from the BaseLaunch start-up accelerator, has played a critical role. Without this support or the ERC grant, he says that the spin-off would not have been created. With Cimeio’s financing and rapid progress, the company is clearing the next hurdles in its efforts to implement the findings from Jeker’s basic research into clinical practice.