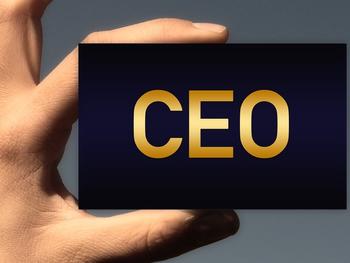 Galapagos NV announced the appointment of Dr. Paul Stoffels as Chief Executive Officer (CEO), effective April 1, 2022. Dr. Stoffels brings an impressive track record of success in innovative drug discovery and development, and a wealth of experience in biotech and pharma, across a range of roles and therapeutic areas.

“After a rigorous selection process, we are very pleased to announce Paul as our next CEO. Given his extraordinary R&D as well as managerial experience, extensive network, along with his deep understanding of Galapagos’ strengths and potential, we are convinced that Paul is uniquely qualified to lead Galapagos,” said Dr. Raj Parekh, Chairman of Galapagos. “We want to express our gratitude and deep appreciation to Onno, who founded Galapagos in 1999 and tirelessly built out the company to become a fully integrated European biotech with a differentiated pipeline and a first product on the market.”

Onno van de Stolpe, retiring CEO and co-founder of Galapagos, added: “My 23 years at the helm of this company has been an incredible journey, and I could not be more honored to hand over the baton to Paul. As a founder and board member in the early years, Paul has a keen understanding of our roots as well as who we are today. I strongly believe that Paul’s strategic and inspirational leadership, along with his deep knowledge of both the industry and Galapagos, make him the right next CEO to deliver tremendous value to all stakeholders, including investors, shareholders and patients.”

Dr. Paul Stoffels commented: “I was closely involved in the foundation of Galapagos by Crucell and Tibotec in 1999 and have been following the company as it matured into the fully-fledged biopharma that it is today. I am attracted by the entrepreneurial culture and unwavering commitment to innovation at Galapagos, its strong R&D capabilities, and growing commercial footprint. Underpinned by strong financial resources and supported by the long-term collaboration with Gilead, I am convinced of Galapagos’ unique potential, and I am very excited and honored to be appointed as CEO. I want to express my respect and appreciation to Onno, who successfully built Galapagos from a start-up to an independent, established publicly listed company. I am committed to staying true to the company’s mission of bringing novel modes of action medicines to patients in need of new treatment options.”

Previously, Paul was Vice Chairman of the Executive Committee and Chief Scientific Officer of J&J, where he spearheaded the Company’s research and product pipeline to set the company wide innovation agenda, discovering and developing transformational healthcare solutions, including the recent development of a single-shot COVID-19 vaccine within a record time frame. Prior to that, he was worldwide Chairman Pharmaceuticals of J&J, which under his leadership significantly rejuvenated its product pipeline and adopted a transformational R&D operating model, resulting in the launch of 25 innovative medicines across the globe. He joined J&J in 2002, with the acquisition of Virco and Tibotec, where he was CEO and Chairman respectively, and led the development of several breakthrough products for the treatment of HIV. Galapagos was founded in 1999 as a joint venture between Crucell and Tibotec, and Paul was member of the board of directors of Galapagos from its foundation until 2002.

After a transition period during which Onno will hand over his activities, Paul Stoffels will fully take over as CEO effective April 1, 2022.