long-term storage of your proteins, antibodies without freezing
27-Sep-2021 - University of East Anglia 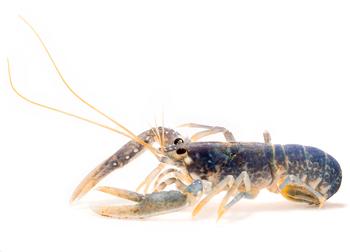 Scientists at the University of East Anglia (UEA) have identified a way of determining the age of a lobster based on its DNA.

Scientists at the University of East Anglia (UEA) have identified a way of determining the age of a lobster based on its DNA.

Lobsters are notoriously difficult to age. Nobody knows exactly how old they can get, and some experts have estimated they could live on the ocean floor for as long as a century or more.

But a new DNA-based technique developed at UEA in collaboration with the Centre for Environment, Fisheries and Aquaculture Science (CEFAS) and the National Lobster Hatchery, could help manage lobster fisheries more sustainably.

Scientist in charge Dr Martin Taylor, from UEA’s School of Biological Sciences, said: “Until now, a lobster's age has usually been estimated using its size - but this is inaccurate as individual lobsters grow at different rates.

“For a long time, it appeared that there was no accurate way to quantify a lobster’s age. Some research suggested that you could tell a lobsters age by counting the rings in parts of their eyestalks and stomach – a little like counting tree rings. But you can’t do that for a living lobster.”

Dr Eleanor Fairfield, whose PhD research led to the breakthrough, said: “Lobsters have hard, inelastic shells and so in order to grow they must shed their old shell and replace it with a new one. However, lobsters of the same age don’t always grow and moult at the same time. For example, lobsters with more food or in warmer waters can grow more quickly, which makes it really hard to know how old lobsters actually are.

“It is crucial to be able to estimate how many lobsters of particular ages are present in a given area so that they can be sustainably harvested.

“We wanted to develop a new, non-lethal method of determining the age of European lobsters that could be of better use for lobster fisheries management. The European lobster was an ideal species to study because it is economically and ecologically very important.”

The research team used a method that relies on quantifying DNA changes that accumulate with age within a lobster. Lobsters raised from eggs by the National Lobster Hatchery, so that the exact ages of individuals was known, allowed the researchers to calibrate their methods.

Dr Taylor said: “We identified a very strong relationship between age and DNA modifications, which allowed us to accurately estimate the ages of individual lobsters.

“Applying this method to wild lobsters predicted ages that generally aligned with minimum estimates of age based on size.

“Our method shows great promise as a tool for improved management of the European lobster where information regarding the age-structure of stocks is currently missing,” he added.

Dr Carly Daniels, head of production science and development at the National Lobster Hatchery said: “Having an accurate indication of lobster age will help fisheries, scientists and conservationists alike to understand, manage and conserve our vulnerable lobster stocks, working hand-in-hand with proactive fisheries management strategies, such as stock enhancement.”