Immune cells out of control

How lethal hyperinflammation emerges from a novel gene defect 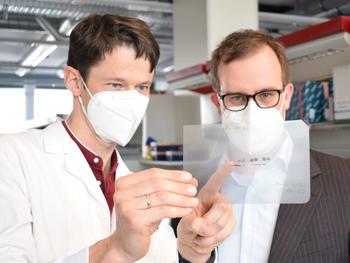 Scientists at St. Anna Children’s Cancer Research Institute, together with their collaborators from Finland and Sweden, discover a novel subtype of a genetic disease: genetically determined deficiency of the protein RhoG abrogates the normal cytotoxic function of specific immune cells, causing hemophagocytic lymphohistiocytosis (HLH). These new findings may help with the genetic diagnosis for patients with a clinical suspicion of HLH. Published in the scientific journal Blood, the study provides a basis for both a deeper understanding of the biology of HLH and the exploration of new therapeutic approaches.

As part of an international collaborative effort, scientists at St. Anna Children’s Cancer Research Institute (St. Anna CCRI) illuminate a new etiology of a disease called familial hemophagocytic lymphohistiocytosis (HLH). Occurring usually in early childhood, familial or genetically-determined HLH is one of the most dramatic hematologic disorders. It is characterized by the inability of specific immune cells, namely T lymphocytes and natural killer (NK) cells, to kill an infected (e.g., virus-infected) target cell. As a consequence, the body may secrete biological messengers (so-called cytokines) that generate massive immune activation and hyperinflammation throughout the entire body. “If untreated, the hyperinflammation associated with HLH can be lethal in a short period of time”, says Kaan Boztug, MD, Scientific Director of St. Anna CCRI and senior author of the study.

Until recently, four subtypes of familial HLH had been known, caused by mutations in genes involved in regulating the immune defense. “Now we discovered a new type of this disease, caused by inherited mutations in the gene that encodes the protein RhoG”, explains the first author of the study, Artem Kalinichenko, PhD, Senior Postdoctoral researcher at St. Anna CCRI and Ludwig Boltzmann Institute for Rare and Undiagnosed Diseases (LBI-RUD).

The researchers show how deficiency of RhoG specifically impairs the cytotoxic function of T lymphocytes and NK cells. This results in their uncontrolled activation and ultimately causes HLH.

In particular, RhoG deficiency impairs the process of exocytosis in specific immune cells and disables their killing ability. Immune cells like T and NK cells use exocytosis to release cytotoxic molecules to attack and kill infected or tumor cells. When RhoG deficiency abrogates this function in immune cells, they cannot kill their target cells as intended. “We will explore in more detail, how this potentially affects the propensity to develop cancer”, says Dr. Kalinichenko.

In their study, the scientists investigated an infant who developed severe HLH at the age of four months. While the disease was associated with impaired cytotoxicity of T and NK cells, no mutations were found in known HLH-associated genes. Further genetic analysis revealed deleterious mutations in the gene encoding RhoG. By experimental ablation of RhoG, the scientists confirmed the previously unknown role of RhoG in the cytotoxic function of human lymphocytes. Despite a drastic and specific effect on cytotoxic function, RhoG deficiency does not affect other functions of immune cells that play an important role for the disease development.

Based on the understanding of the underlying molecular mechanism of familial HLH, the researchers are looking forward to an improved prognosis and treatment of the disease in the long-term. As a short-term consequence, the here discovered RhoG deficiency can help HLH patients by enabling a genetic diagnosis. “We hope that our understanding of the molecular pathomechanisms of HLH may impact disease management and prognosis”, comments Dr. Boztug.

This study is an exciting breakthrough that brings up new important scientific questions. “The discovery of RhoG deficiency has opened up new insights into the molecular functions of this protein and revealed highly relevant questions. We have found that RhoG regulates both, the ‘cell skeleton’ and the exocytosis machinery. Now we are very keen to know how RhoG coordinates their activity in space and time”, says Dr. Kalinichenko.