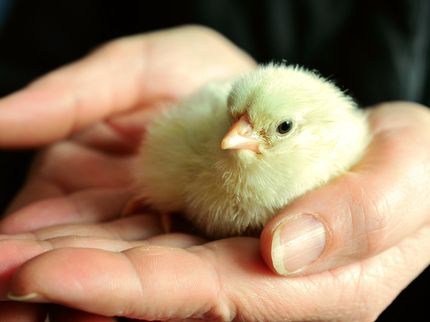 Evonik has made a follow-up investment in the biotechnology start-up In Ovo through its venture capital unit. The investment comes as the young company reaches the commercialization stage for its technology and is bringing its gender-testing machine for eggs to the market. Together with co-investor VisVires New Protein Capital, Evonik Venture Capital has provided several million euros in further funding. Evonik Venture Capital first invested in the Leiden, Netherlands-based company in 2018, providing support for a technology that helps solve one of the egg industry’s biggest ethical problems.

“In Ovo has reached a crucial milestone with the successful scaling up of its unique technology,” said Bernhard Mohr, head of Evonik Venture Capital. “Since we first invested and partnered with In Ovo in 2018, the ethical problem of culling chicks has gained attention and calls for a solution have become louder.”

The German government has now introduced legislation mandating that no chicks are culled after January 1, 2022. In Germany alone, an estimated 40 million day-old male chicks from laying-hen hatcheries are killed annually, and the global figure is thought to be about 6.5 billion. Poultry farms don’t rear the male animals because they can neither lay eggs nor grow sufficiently for meat production.

In Ovo developed a method for determining the sex in the egg that is particularly fast and reliable and can be readily integrated into the workflow of large hatcheries. In Ovo’s first gender typing machine has been screening eggs at high speed, in a commercial hatchery, since December. The first 150,000 chicks, which will produce more than 50 million eggs in their lifetime, have been hatched without any chick culling.

“With Evonik’s support, In Ovo is bringing its proven technology to the market at exactly the right time,” said Emmanuel Auer, head of Evonik’s Animal Nutrition business line. “The cooperation with In Ovo fosters animal protein supply to retail thus helping the stakeholders in the value chain to achieve their own goals for sustainability.”

Comparing technologies on the market, In Ovo is best placed to meet the demands for a combination of early testing and fast testing, which hatcheries need. In Ovo can identify the gender of eggs by day nine after incubation starts and is working towards earlier identification. The German government’s recent legislation foresees that as of 2024 testing for gender in the egg must occur no later than day six. Currently no technology on the market that can identify gender as early as this.

“We are continuously improving our technology on speed, accuracy and day of testing,” said Wouter Bruins, co-founder and one of the managing directors of In Ovo. “I’m confident that we are well placed to meet market and regulatory demands.”

In Ovo was founded in 2013 by Bruins, a biologist, and biomedical scientist Wil Stutterheim, who met at the University of Leiden. The technology is based on a biomarker identified by the founders. This allows the gender of chick embryos in the egg to be accurately determined during incubation. For this purpose, a tiny hole is made in the egg and resealed. A sample is taken and examined by mass spectrometry for the biomarker identified by In Ovo, which has been patented.