Automated cell research with the help of artificial intelligence 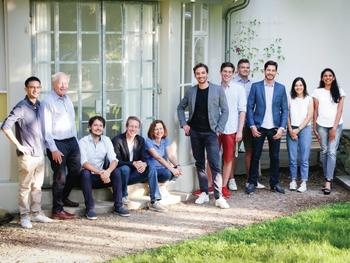 The LABMaiTE team is developing a system for the automated optimization of cultivation conditions in cell experiments.

In biological cell research, automated experiments are increasingly becoming the standard and enable meaningful, reproducible results. A team of Freiburg researchers would like to make the work of laboratory staff even easier: Jonas Bermeitinger, Dennis Raith and Avani Sapre founded “LABMaiTE” together with other colleagues. The start-up is developing a system for the automated optimization of cultivation conditions in cell experiments. The German Federal Ministry of Education and Research is supporting the project from March 2021 with an EXIST start-up grant of 135,000 euros.

LABMaiTE aims to simplify the performance of empirical cell experiments with the help of artificial intelligence and automation. The experimental data obtained is evaluated and interpreted automatically by the software. The autonomous execution of experiments is intended to improve the reproducibility of experimental results, give scientists more time for their research and tap the potential of artificial intelligence in the field of automated cell culture. “The ability to recognize patterns within large amounts of data help accelerate the research process immensely, and is thus invaluable, especially in biological research,” says Jonas Bermeitinger.

To this end, the start-up provides both the hardware and the necessary software for conducting experiments, data acquisition and data analysis. The founders of LABMaiTE already filed a patent for the hardware and software through the University in 2018. The spin-off is being carried out in collaboration with the University's Neurorobotics Lab, the Lighthouse Core Facility at the Medical Center – University of Freiburg and the BioThera Roland Mertelsmann Foundation.

A first application of the process is currently being implemented with yeast cells and used in the cultivation of brewery and organic yeast. Subsequently, the start-up wants to enter the market of lab-based meat production. In parallel, applications for cancer research are being developed in cooperation with the Medical Center. “For example, LABMaiTE allows laboratory staff in cancer research to concentrate on the essentials of research such as identifying new, effective active substances,” says Bermeitinger. The optimal dosage and best possible combination with other, existing active substances are determined from real trial data using machine learning, without human intervention.