The placebo effect meets the proteome

First study of the placebo effect at the molecular level, in the context of the relief of nausea 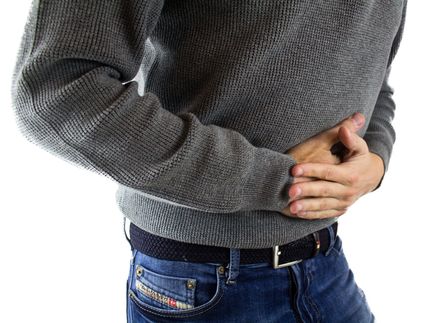 The molecular bases of the placebo effect are poorly understood. A team led by LMU researcher Karin Meissner has now studied the phenomenon in the context of nausea, and identified specific proteins that correlate with its favorable impact.

The placebo effect appears to work wonders. In certain cases, administration of a ‘drug’ to patients who are unaware of the fact that the preparation contains no active agent can have a positive impact on their condition – relieving pain, for instance. The placebo effect is well known, but it has been investigated primarily in the context of pain syndromes. This has led researchers to focus on changes in brain activity, as they seem to offer the most likely substrate for the phenomenon. But the biological mechanisms responsible for the effect remain elusive. A group of researchers led by Karin Meissner in LMU‘s Institute of Medical Psychology, in collaboration with colleagues based at the Helmholtz Zentrum München, has now carried out the first study of the placebo effect at the molecular level, in the context of the relief of nausea. Their results not only confirm the efficacy of a placebo on symptoms, they also reveal changes in the chemistry of the blood that could explain the effect itself. “This is the first study ever undertaken in which proteomics has been employed in the context of research on the placebo effect,” says Meissner. “Proteomics is a method that allows one to identify virtually all of the proteins present in cells, tissues or body fluids. Plasma proteomics therefore provides an unbiased picture of the placebo effect at the molecular level.”

Nausea is all too familiar to travelers who are prone to sea sickness caused by the constant and unpredictable motion of the ocean surface. But nausea occurs in many other settings – including pregnancy – and as a side-effect of prescription drugs or anesthetics. So far, comparatively few studies have been devoted to the role or potency of the placebo effect in the treatment of nausea. “I find nausea as a symptom particularly interesting, because it is associated with measurable changes in the activity of the stomach,” Meissner explains. This provides an objective physical parameter with which the mysterious placebo effect can be monitored.

The researchers first exposed a cohort of 100 volunteers to a visual stimulus known to reliably induce nausea. More specifically, they were shown a continuing succession of black and white stripes displayed on a semicircular screen 30 cm away. Their reactions to this vection stimulus, which induces the illusion of self-motion, were then assessed. The subjects were asked about their symptoms, their levels of gastric activity were measured and blood samples were obtained, which were subsequently subjected to proteomic analysis. On the following day, the team tested how various subgroups of their experimental population reacted to a placebo in comparison to either an effective treatment or no treatment at all. In the case of the proven treatment, a transcutaneous electrical neural stimulator (TENS device) was used to deliver mild electrical impulses to particular acupuncture points on the skin. In the case of the placebo group, the treatment was either applied only superficially to the skin or the instrument was not switched on at all.

The results were astonishing, insofar as they appeared to confirm some of the hypotheses that have been advanced to explain the placebo effect in the scientific literature, says Meissner. For instance, proteomic analysis of the blood of the experimental subjects revealed the presence of specific proteins that have been linked to a rapid immune response to nausea. “And in our study, the placebo treatment seems to repress this immune response,” says Meissner. In addition, there are indications that proteins like neurexin and reelin, which have been linked to empathetic behavior and bonding, may be related to the placebo effect on the relief of nausea. This suggests that hormones associated with bonding may amplify the placebo effect – and it may point to an evolutionary origin of the phenomenon. “In social mammals, grooming behavior strengthens bonding,” Meissner points out. This is a form of social hygiene – a term that could be also applied to a placebo treatment – and could stimulate the release of certain hormones that support the impact of the placebo, she adds.

Finally, the proteomic signatures found in blood plasma were able to predict with surprising accuracy which of the participants would develop the most effective response to the placebo, Meissner says. One other notable observation was made during the study in relation to the effect of the placebo. Nausea is accompanied by a detectable change in the activity of the stomach muscles. This parameter returned to normal in women who received the placebo treatment, but did not respond in the corresponding male cohort. “The reasons for this sex-related difference are not yet known,” says Meissner. “But they may be connected with differences between the sexes in relation to how individuals adapt to distressing stimuli.” She and her co-authors view the new study as a promising first step, as it underlines the potential of proteomic analyses in clinical research.