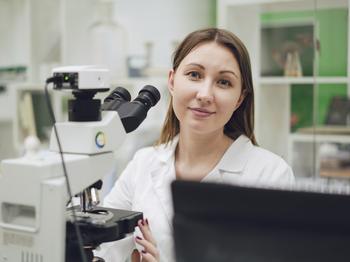 Bioinformaticians from the Moscow Institute of Physics and Technology and their colleagues have developed a technique for identifying ganglioside GD2 molecules, which are actively synthesized by cancer cells and thus serve as a therapeutic target. Reported in Biomedicines, the research findings will make cancer therapies using GD2-specific antibodies more effective.

Ganglioside GD2 is a complex nonprotein compound whose molecules are found in large numbers on the surface of many cancer cells. Since healthy cells produce a very limited amount of GD2, it is a convenient target for cancer immunotherapy. Monoclonal antibodies specific to that compound are used in the clinical practice to treat some types of cancer.

Since the effectiveness of such an immunotherapy varies with the GD2 concentration on the surface of cells, it is important to have a means of reliably detecting that molecule in tumor tissue. The conventionally used technique, known as immunohistochemical analysis, often produces false results due to the complexity of directly measuring GD2 concentrations in fixed tissues obtained from biopsy. Analyzing RNA sequencing data turns out to be more convenient and accurate, so the bioinformaticians set out to discover a connection between GD2 content and marker gene activity.

GD2 is the end product of a series of biochemical reactions, so its concentration depends on the balance of the enzymes involved. What determines an enzyme’s activity is the level of expression of the gene that encodes it. This means that gene expression can serve as a basis for classifying biological samples in terms of their GD2 content, technically referred to as determining a sample’s GD2 phenotype.
Photo. Maria Petrushkina, Laboratory for Translational Genomic Bioinformatics, MIPT. Courtesy of Maria Petrushkina

The researchers compared the expression levels of the six genes involved in GD2 synthesis to find out which of them had the strongest association with the sample’s phenotype. The team expanded the analysis by looking at two additional enzymes that act as catalysts in the synthesis of GD2 and its immediate precursor, called B4GALNT1 and ST8SIA1, respectively.

The expression of the latter two genes as a pair turned out to be the best predictor of a cell’s GD2 phenotype. The researchers exhausted every other possible two-gene combination, but no individual gene or gene pair could outperform the B4GALNT1-ST8SIA1 tandem. Quantifying the level of these two genes’ expression in the cells of a patient makes it possible to conclude whether a GD2-targeted therapy is warranted. The research findings are applicable to many cancer types and will enable increasing the efficiency of therapies using GD2-specific antibodies.

“A course of treatment by GD2-specific antibodies can cost as much as several hundred thousand dollars, and it only helps in a quarter of the cases of neuroblastoma, and the side effects are often very severe. So that therapy is virtually useless and even harmful in most cases, to say nothing of the expenses. To address this, new molecular diagnostics approaches need to be implemented. This is the objective of our laboratory,” commented principal investigator Anton Buzdin, who heads the Laboratory for Translational Genomic Bioinformatics at MIPT.

The head of the Institute’s Phystech School of Biological and Medical Physics, Denis Kuzmin, added: “The group’s research is of immense importance, as it addresses one of the key objectives of the [Russian] national project for science. Namely, making expensive high-tech health care more effective.”