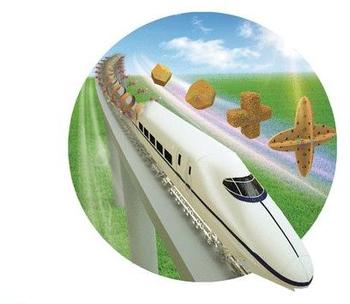 Biomacromolecules incorporated into tailored metal–organic frameworks using peptide modulators are well shielded but highly active thanks to carefully tuned nanoarchitecture. As scientists report in the journal Angewandte Chemie, this strategy can be used to synthesize an “artificial cell” that functions as an optical glucose sensor.

Biomacromolecules, such as enzymes, control reactions in cells with much higher efficiency, specificity, and selectivity than in synthetic systems. When used outside a cell, many of these sensitive molecules require a synthetic shell. Metal–organic frameworks (MOFs) are highly suited for this. These cage-like structures have metal ions as nodes, which are connected by organic ligands. Biomolecules can be incorporated within these frameworks easily during their self-assembly process. However, the limited accessibility of the biomolecules within the shells often causes the activity of these biohybrids to be disappointing.

A team led by Gangfeng Ouyang at Sun Yat-sen University in Guangzhou, China, has now introduced a simple strategy for tailoring such biohybrids to form nanoarchitectures with high activities. The key to their success lies in the addition of specific peptides that influence the structure as “modulators”.

The researchers chose to work with horseradish peroxidase as their model biomolecule. This enzyme breaks down hydrogen peroxide and is used in industry for the environmentally friendly oxidation of aromatic amines. The nodes in the metal–organic framework are zinc ions, which are linked by 2-methylimidazole ligands. The modulator is γ-poly-L-glutamic acid, a natural biopolymer with multiple negative charges that binds to positive groups on the peroxidase and competitively coordinates with zinc ions. The modulator and peroxidase are, thus, both incorporated into the MOF. Varying the amount of modulator yields different morphologies, such as three-dimensional polyhedra, which are like tiny “stars” made of interlaced two-dimensional spindle-shaped layers that are about 150 nm thick, or three-dimensional flower-like structures. Whereas the enzyme activity in the microporous 3D structures is low, the enzymes in the 2D MOFs are nearly as active as in the free state. This is a result of the large pores and relatively short channels in the 2D structures, which allow the substrate to quickly access the enzyme. At the same time, the enzyme is well protected from enzymes that degrade proteins, high concentrations of urea, elevated temperatures, and a number of organic solvents, which is advantageous for industrial applications.

The researchers were also able to build an “artificial cell” that mimics the cellular cascades involved in signal transduction and acts as a glucose sensor. For this, they incorporated several components into a 2D MOF: glucose oxidase (GOx) and protein-bound fluorescent gold nanoclusters that break down hydrogen peroxide catalytically. Addition of glucose initiates the cascade. The glucose is oxidized by the GOx, which forms hydrogen peroxide. This is then converted with a substrate by the gold nanoclusters, whereupon the substrate turns blue. In parallel, the gold nanoclusters are oxidized, which quenches the fluorescence. Both optical signals are proportional to the glucose concentration and are sensitive in two complementary concentration ranges.