Conversion of lignin into valuable chemicals 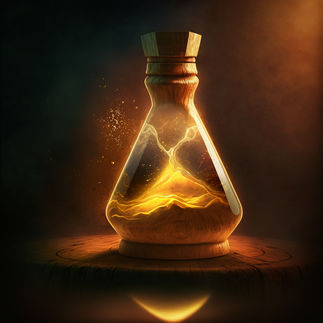 The chemical industry faces the challenge of replacing fossil-based building blocks with green alternatives. Biomass is an interesting source of carbon-based molecules. It is also underused because some 25 percent of all plant biomass is in the form of lignin, a biopolymer that, so far, can only be used as a solid fuel. A team of scientists, including ‘enzyme engineer’ Marco Fraaije from the University of Groningen, has now developed an enzyme that can put a lignin monomer to use in chemical synthesis. The enzyme has been described in a Nature Communications paper that was published on 23 November.

Plant biomass is an attractive source of carbon-based molecules. However, about a quarter of this material is lignin, a biopolymer that is difficult to break down into useful chemical building blocks. As a result, lignin is mostly used as a green fuel in energy production. Therefore, scientists everywhere are looking for ways to make better use of lignin.

Professor Marco Fraaije, head of the Molecular Enzymology group at the University of Groningen, collaborates in a European research project that works towards valorization of biomass and he has his eye on lignin. ‘We knew that a group at the University of Leuven in Belgium developed a chemical process to break down this polymer. But unfortunately, the resulting monomers are not very useful in chemical synthesis.’ This is why Fraaije and his colleagues within the SMARTBOX (Selective Modifications of ARomatics Through Biocatalytic OXidations) project looked at ways of modifying this monomer.

‘The chemical depolymerization of lignin can produce a number of different molecules and one of them looked very useful to me,’ says Fraaije. This aromatic monomer is called propylguaiacol and is almost identical to a compound that is used to produce fragrances. It is an aromatic molecule, made up of a ring structure and a short tail of three carbon atoms. ‘We wanted to insert a double bond in the tail, so it would be easier to use as a building block. And I knew an enzyme that might do the trick.’

However, tests showed that this particular enzyme did not work very well and it produced the wrong product. But Fraaije believed that with some tweaking, the enzyme would be able to do the job. ‘Together with a partner in Barcelona, we then used computational tools to predict which modifications were needed to make the enzyme more stable, more selective, and faster in converting the monomer into a useful building block.’

The first two steps were carried out relatively quickly. ‘We have computer calculations to thank for this; they have become very reliable. In the past, we just had to make a large number of mutants and hope that one of them showed improvement.’ The stability improved, so the enzyme would remain active for a couple of days. This reduces the cost that comes with replacing spent enzyme batches. Also, the enzyme would modify the carbon tail either into an alkene or an alcohol. The latter is not very useful and by excluding water from the active site of the enzyme, the reaction could be forced towards the formation of an alkene.

So far so good, but the stable and selective enzyme turned out to work dramatically slow. ‘We then had the structure of the enzyme determined by colleagues from Pavia,’ says Fraaije. ‘And it turned out that the substrate was covalently bound to the active site.’ Covalent bonds are very strong chemical bonds, so the release of the substrate took quite a long time. ‘Such a covalent bond between an enzyme and the substrate is very rare, but I actually encountered it myself during my own PhD work.’

When this issue was resolved by another round of engineering, the enzyme worked excellently. Fraaije: ‘We have already conducted experiments that produced a gram of end product.’ The molecule can be used in fragrances but can also serve as a starting compound for a range of other compounds, such as vanillin, polymers, fine chemicals, or epoxy resins. Another project partner, the Bio Base Europe Pilot Plant in Ghent (Belgium) will take care of upscaling the production of the modified propylguaiacol. Marco Fraaije’s work on the SMARTBOX project has come to an end. But he will, undoubtedly, find other enzymes to engineer.