Promising new approach for the treatment of widespread conditions, including metabolic diseases, obesity, and heart hypertrophy 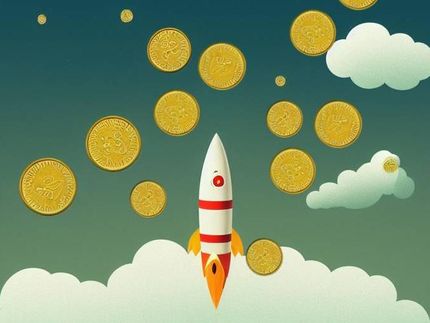 The KHAN Technology Transfer Fund I (KHAN-I) has committed up to EUR 3 million in milestone-dependent payments to CalTIC, a Dortmund based start-up, for the discovery of a new class of drugs.

The start-up builds on a long-term collaboration between the Lead Discovery Center GmbH (LDC), the Max Planck Institute of Molecular Physiology (MPI-MP) and the University of Leeds (UoL), which resulted in the validation of transient receptor potential canonical (TRPC) channel inhibition as a promising new approach for the treatment of widespread conditions, including metabolic diseases, obesity, and heart hypertrophy. Using the proceeds, the founding partners will continue their collaboration to advance their results to preclinical stage. CalTIC’s stakeholders are UoL, LDC, the Max Planck Society (MPG), Prof. Marc Freichel, at the Institute of Pharmacology at Heidelberg University, and KHAN-I.

“The inhibition of TRPC channels presents an entirely new approach to treating metabolic and heart disease,” says Bert Klebl, CEO & CSO of LDC. “It holds significant potential for patients, and we are very much looking forward to continuing our collaboration with this group of excellent scientists and clinicians to translate it into practice.”

CalTIC’s TRPC inhibitors block binding sites that were originally discovered by Prof. David J. Beech (UoL) and Prof. Herbert Waldmann (MPI-MP) as targets of Englerin A. Results from various in vivo models support both the potency and safety of the approach of the newly developed TRPC channel inhibitors in metabolic and heart disease.

“We are delighted that KHAN-I has placed great confidence in CalTIC,” says Klaus Dinkel, CEO of CalTIC, “With KHAN’s investment and our partners’ continued commitment, we are perfectly positioned to exploit the exciting project.”

“For drugs that inhibit receptors, we refer to receptor subtypes, such as beta-adrenoceptor blocking drugs and so on. But for calcium channels, we refer to calcium-channel blockers as if there is only one type of calcium channel, yet we now know this isn’t the case - there are many. Our CalTIC therapeutic innovation partnership will target some of these new calcium channels. It’s a hugely exciting moment to see the potential for new medicines after years of effort getting to this point,” states Prof. David Beech, UoL School of Medicine.