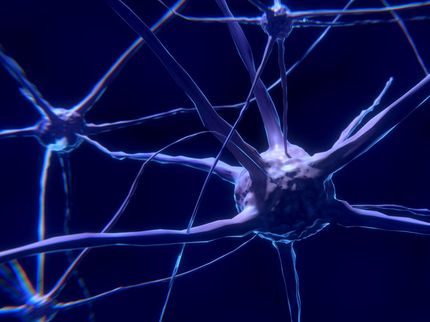 Researchers at MedUni Vienna have discovered that neurons have an emergency back-up system to enable them to remain functional even when their energy supply is disrupted. As in many areas of technology, an emergency back-up serves to compensate for any energy supply failures experienced by neurons. The results of the study have now appeared in the Journal of Neuroscience.

In their preclinical studies, the research team led by Matej Hotka and Helmut Kubista from the Division of Neurophysiology and Neuropharmacology at MedUni Vienna's Center for Physiology and Pharmacology established that each neuron has three regulatory systems. If one of these systems fails, another one takes over and ensures that sufficient energy is supplied to meet the prevailing requirement. Specifically, the researchers identified the glycerol-3-phosphate shuttle system (G3PS) as an essential back-up. Until now, the existence of this biochemical transport mechanism in neurons has been questioned, because a different system (malate-aspartate shuttle, MAS) predominates there. However, according to the recent study, the G3PS is also vitally important in neurons.

As the researchers also observed, deployment of the neuronal emergency back-up system follows a hierarchy: while the first two regulatory mechanisms share their back-up duties, the third only comes into play if the other two fail to function adequately. "One reason for this is very likely that deployment of system number three goes hand-in-hand with an adverse side-effect," explains Helmut Kubista. "It leads to the formation of oxygen radicals, which can cause damage to nerve cells if they are present in large quantities. That's probably why this system only steps in when energy demand can't be met via the other two systems."

Energy supply made to measure

Neurons are responsible for processing and transmitting information in the body. The energy that the neurons need to carry out these complex processes is largely provided by the mitochondria. However, these "power plants" have to adapt their fuel production to the respective energy needs of the cells. The interplay between the three regulatory systems that has now been identified serves to prevent any under or oversupply or the possibility of complete energy failure.

The role of G3PS in acute defence against neuronal emergencies discovered in this study may contribute to research of various brain dysfunctions, such as those caused by congenital defects in the MAS regulatory mechanism. For example, new insights and therapeutic approaches for a form of early childhood epileptic encephalopathy could follow if G3PS can also be detected in neurons of the human brain.