How protists crack the walls of algae

Orciraptor agilis produces a number of partly novel enzymes and binding proteins: Such enzymes could potentially be useful in industrial applications 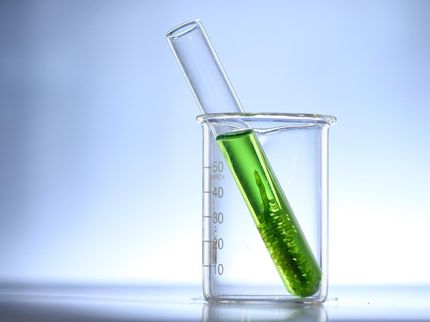 A team of researchers led by Dr Sebastian Hess from the University of Cologne’s Institute of Zoology has studied the expression of carbohydrate-active enzymes in the unicellular organism Orciraptor agilis by RNA sequencing. Orciraptor is a so-called ‘protoplast feeder’ and lives exclusively from the cell contents of dead algae. To do this, it has to penetrate the cellulosic cell wall of the prey. In collaboration with colleagues at the Centre for Comparative Genomics and Evolutionary Bioinformatics (CGEB) in Halifax, Canada, the UoC researchers were able to identify a possible key enzyme for the highly specialized feeding act of the protist. Upon contact with the algal cells, Orciraptor upregulates an enzyme that should be able to cleave plant cellulose, based on its gene sequence and predicted 3D structure. This enzyme could help the protist to dissolve algal cell walls. Until now, the molecular basis of how protoplast feeders interact with their prey has been completely unclear. The article "Comparative transcriptomics reveals the molecular toolkit used by an algivorous protist for cell wall perforation" in the scientific journal "Current Biology" now sheds some light on this phenomenon.

Furthermore, Orciraptor contains a number of unexpected proteins such as chitin-binding proteins, a chitin synthase and several chitinases. The potential function of chitin or similar biopolymers in the naked flagellate is still unclear. However, the enzymes suggest an important physiological role of chitin in the life history of Orciraptor. Enzymes that decompose recalcitrant biopolymers such as cellulose and chitin are also of great technological and industrial importance. Currently, industrial applications mainly utilize enzymes from bacteria and fungi – the traditional organisms in microbial biotechnology. In the published paper, Dr Hess and colleagues point to the as yet untapped biotechnological potential of non-fungal microeukaryotes such as Orciraptor.

Orciraptor was discovered about ten years ago in nutrient-poor moorlands and described by Dr Hess during his doctoral studies at the University of Cologne’s Institute of Botany. However, there are many other unicellular organisms that show similar feeding strategies, but are not directly related to Orciraptor. Currently, dozens of such organisms are cultivated and genetically characterized at the Institute of Zoology. All of this is made possible by recent technological advances in the field of high-throughput sequencing. However, working with protoplast feeders also requires special knowledge in handling exotic microorganisms. The scientist are convinced that it is time for modern biology to turn back to the diversity of non-model organisms again. ‘The data from our study on Orciraptor highlight how fruitful future molecular analyses of little-known protists will be,’ Dr Hess said.