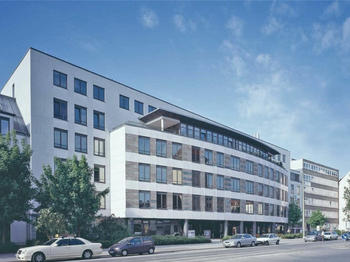 TTP Group continues to grow. In September, a new Pharmaplan branch was opened in Munich. With now 26 locations in Europe and India, TTP Group thus continues to focus on customer proximity.

With the new office in Boschetsrieder Straße, Pharmaplan GmbH covers the region of southern Germany as a general design contractor for the planning and realization of pharmaceutical and biotech plants. The aim is to handle the projects of medium-sized and multinational customers from the initial planning idea through construction to qualification and "hand-over", thus expanding and developing existing and new customer relationships in southern Germany.

The Munich metropolitan region is one of the outstanding locations for the biotech and pharmaceutical industry in Germany. In response to the in-creased demand in precisely these areas, a Pharmaplan team of experienced experts was assembled in Munich as early as mid-August. As a general design contractor and EPCMV partner, the dedicated team of long-standing employees is now able to cover all relevant disciplines from Munich.

Another reason for opening the site in the south of Germany was the fertile scientific landscape with the two universities of excellence LMU and TU Munich, three renowned Max Planck Institutes, and the Helmholtz Center. According to Pharmaplan Germany, the new site in Munich will also be used as a talent acquisition hub, with collaborations being sought with the universities of excellence in Munich. With outstanding process-technological core competencies, as well as its leading position in digital engineering, the company would offer an interesting working environment for students in this field.

The state-of-the-art Pharmaplan office is located in an attractive and well-connected location in the Sendling district at Boschetsrieder Straße 67 in 81379 Munich and offers 360 m² of space for approximately 40 TTP Group employees. As of now, the Munich team is ready to go, motivated, and on a growth course. The location manager is Chris Ludwig.