How much does it really cost to develop a new drug? 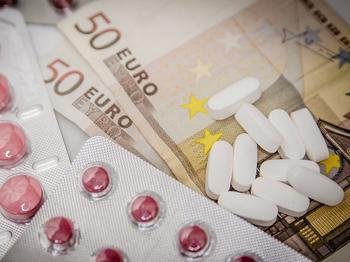 Along with direct investments, the high risk of failure and the considerable time to market all determine the costs of drug development. Yet how much does it really cost to develop a new drug? Published estimates arrive at very different results. Scientists from the German Cancer Research Center investigated the possible reasons for these discrepancies. The study they have now presented is based on a systematic analysis of the scientific literature.

Developing new drugs is a risky, protracted and expensive process. There is still no consensus as to precisely how much money needs to be invested to bring a drug with a truly innovative molecular structure to market. The controversy is also being heightened by proposals to counter the rising prices for new medicines by setting price caps on the basis of the development costs actually incurred.

In view of the wide disparity between the estimates published, ranging from US $161 million (EUR 137 million, all costs in prices from 2019) to US $4.54 billion (EUR 3.86 billion), a team of health economists and cancer researchers from the DKFZ and the German Cancer Consortium (DKTK) led by Michael Schlander and Karla Hernandez-Villafuerte undertook a comprehensive analysis of the scientific literature on this topic. The study they have now published examines key reasons for the considerable differences between the estimates.

"Rising development costs have been the topic of intense debate for many years now, particularly in connection with new cancer drugs, so we need robust and reliable analyses that take account of absolutely all the relevant parameters and weight them appropriately to arrive at sound cost estimates," explained Michael Baumann, Chairman of the German Cancer Research Center (DKFZ) and co-author of the current publication.

The analysis not only confirms the long-term trend of steadily increasing expenditure on research and development (R&D) for each new molecular entity approved. It also highlights differences depending on the area of treatment, with the latest estimates for cancer drugs being considerably higher than those for other medicines (from $944 million to $4.54 billion or EUR 802 million to EUR 3.86 billion). According to Schlander, this wide range may be partly explained by the fact that the lowest value was taken from a study that only included projects by successful small firms and therefore did not properly take account of the development risk.

Jorge Mestre-Ferrandiz, co-author of the study from the Universidad Carlos III in Madrid, also emphasized that the high risk of failure and the long development times also had to be taken into account in the overall cost estimate in addition to the costs of carrying out R&D projects. Including these two factors inevitably leads to considerably higher estimates – but ones that are more realistic from an investor's point of view.

The study by the DKFZ team also provided indications of other reasons for the variation in the R&D costs per new molecular entity. Thus the economists found publications that pointed to higher success rates in the development of large molecules (biologic agents including monoclonal antibodies) compared with small molecules (traditional chemical compounds). Moreover, in-licensed molecular entities probably have a higher success rate than molecules from a company's own research programs. However, the scientists did not find any proof to support the widespread assumption that small firms are more successful than large biopharmaceutical companies.

Some studies suggested that the R&D costs of developing new drugs for rare diseases ("orphan diseases") are on average only around half as high as those of developing drugs for common diseases. However, as Schlander pointed out, the costs per patient may still be much higher, particularly for drugs to treat extremely rare diseases: "Clinical studies on orphan diseases are often more complicated and require more input: in many cases, the underlying pathology is less well understood, making it more difficult to determine parameters by which the severity and the course of the disease can be reliably measured."

The DKFZ team obtained these findings by systematically analyzing the scientific literature published up to March 2020 on pharmaceutical R&D costs. They identified 22 studies with a total of 45 estimates of the total R&D costs per new molecular entity launched on the market. The studies selected for the analysis had to provide a clear description of the methods used to collect the input data and to calculate the R&D costs in each case. In addition, the study team also assessed the degree of confidence in the R&D cost estimates using a transparent evaluation system that covered three areas: 1) how the success rates and development times used for the cost estimate were determined; 2) whether the study took account of potential sources of variation of the R&D costs; and 3) what cost components were used for the analysis.

The three parameters "cash expenditure", "development risk", and "time to market" may vary depending on the project. The authors warned that looking at the average costs might therefore hide important differences between the products. This concern is reinforced by their observation that the published literature showed a compromise between the transparency of the detailed data used and the specificity of the analyses conducted. When assessing how reliable the studies were, none of the analyses published was convincing on both counts. The DKFZ team proposed a points system for reliability that could serve as a guide for future research.

The DKFZ economists emphasized that their research was not designed to support the idea of cost-based pricing for new drugs; this is partly due to the fundamental concern that a cost-based pricing policy might take away the incentive for manufacturers to accelerate research and development and to conduct it efficiently. From an economic point of view too, they contended that there were strong arguments for pricing based on the value of a drug rather than solely based on costs.

"Reimbursement and pricing should be determined by the added value of a product, and not by the resources invested in developing, manufacturing, and marketing it," remarked Michael Schlander. "The costs can only play a role in exceptional cases, if at all, for example in drugs for extremely rare diseases. In these cases, however, it would be better to ask how the full social value can be determined instead of accepting the costs as the basis for pricing policy."