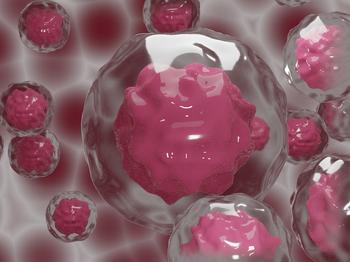 Aging tumour cells stop proliferating. This cell ageing process is called senescence. In cancer therapy, it is deliberately induced with drugs to slow down tumour growth. However, such senescent tumour cells can, in certain conditions, also take the opposite path, which is undesirable in therapy: they become more aggressive and form metastases.

An international team of researchers led by Andrea Alimonti, a professor at ETH Zurich and the Institute of Oncology Research in Bellinzona, was studying the senescence processes in prostate cancer. They have now found the genetic switch that determines the fate of senescent cells: the gene TIMP1. If this gene is inactive or absent in patients, factors are released in the tumour cell which reprogramme the cell and make it more aggressive and invasive.

Based on clinical data and genetic studies of prostate cancer patients, the scientists were also able to show that an inactive TIMP1 gene frequently occurs and correlates with lack of responsiveness to chemotherapy and a more severe clinical outcome.

"The results of this research once again direct us towards personalised cancer therapy," says ETH Professor Alimonti. "Genetic factors of the patient can in fact determine whether senescence has a positive effect on tumour growth or a negative effect in stimulating the formation of metastases". In the latter case it is important to administer chemotherapeutic drug that induce senescence with caution. Instead, senolytic drugs that kill the senescent cells should be administered.