Increasing the effectiveness of immunotherapy against skin cancer 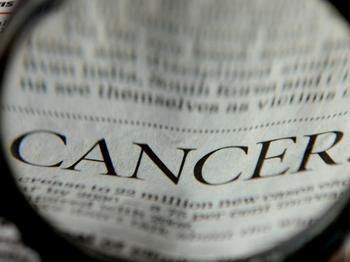 Researchers at the University of Bern have discovered a mechanism in the body’s own immune system which is responsible for the maturation and activation of immune cells. In the fight against skin cancer, the results have the potential to help immunotherapies succeed, even in patients for whom they have so far been ineffective.

The melanoma is a malignant tumor of the pigment cells. If diagnosed early, the tumor can be removed completely – and the chances of recovery are good. But in later stages, when the tumor has already spread or formed metastases in other parts of the body, the prospects become worse for those affected.

No effect for a good half of patients

The so-called immune checkpoint inhibitors, which have been approved in the last ten years, are a ray of hope – and the medical profession has achieved spectacular treatment successes with these medicines. However, in a good half of all patients these therapies show no benficial effect. But now, the work of the research group led by Mirjam Schenk from the Institute of Pathology at the University of Bern shows a promising way of increasing the effectiveness of the treatment and helping many more patients than before.

In collaboration with researchers from the USA, the team led by Schenk has uncovered the role of a signal molecule which the cells of the body's immune system use to coordinate their functions. The molecule is called Interleukin-32, IL-32 for short. In the complex interplay of immune cells within and in the immediate area around a tumor, it soon revealed a double effect. "It hits two birds with one stone," says Schenk.

On one hand, IL-32 leads to the maturation and activation of so-called dendritic cells which are responsible for the recognition of foreign structures. In addition, IL-32 also triggers macrophages or scavenger cells to secrete attractants for the T cells. This is how these immune cells find their way to the tumor, where they can eliminate the cancer cells.

Tumors have to escape detection by the immune system for them to be able to grow. This is why they settle in immunosuppressed environments which are hospitable for cancer growth. Clearly, IL-32 is capable of making these protective niches of the tumor accessible to the immune system again. With trials on mice, the researchers led by Schenk have proven that the efficacy of immune checkpoint inhibitors can be improved by the simultaneous administration of IL-32.

In animal models, the additionally administered IL-32 did not cause any side effects. Whether these results can be transferred to humans remains to be seen, says Schenk. However, a further argument certainly speaks for the fact that the combination treatment represents a “promising strategy for treatment”, as the researchers led by Schenk write in their recently published specialist article in the «The Journal of Clinical Investigation insight». As they have been able to prove with bioinformatic analyses, melanoma patients with more IL-32 activity have an improved life expectancy, from a statistical point of view.