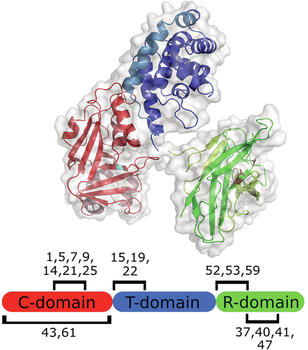 A project taking the first steps towards replacing the only treatment for diphtheria has succeeded. Funded by the PETA International Science Consortium Ltd. and carried out at the Institute of Biochemistry, Biotechnology, and Bioinformatics at the Technische Universität Braunschweig in Germany, the project created fully human-derived antibodies capable of neutralising the diphtheria toxin. The UK National Institute for Biological Standards and Control also formed part of the project team.

Diphtheria is a potentially deadly infectious disease that is a significant human health burden in regions where vaccine coverage is limited, and therapeutic intervention relies on the use of a diphtheria antitoxin (DAT) produced in horses. This therapy has been in use for more than 100 years and is produced by repeated immunisation of horses with diphtheria vaccine and toxin, followed by purification of toxin-neutralising antibodies from horses’ blood. As an animal-blood product, equine DAT has the potential to cause serious allergic reactions in patients who receive it, and global health authorities report having significant difficulty acquiring a sufficient quantity of equine antitoxins to respond quickly to outbreaks of diphtheria.

In addition, there are significant ethical concerns around the use of animals for the production of human therapeutics, and inspections of facilities where horses are used to produce DAT have found widespread neglect of animal welfare regulations. Use of human antibodies produced using recombinant technology avoids these drawbacks.

Using antibody phage display, an in vitro selection system that does not require the immunisation of animals, this project generated human recombinant antibodies that neutralise the diphtheria toxin. Combinations of the most effective toxin-neutralising antibodies are sufficiently potent to be candidates for further clinical development to replace equine DAT.