The genetics of suicide risk 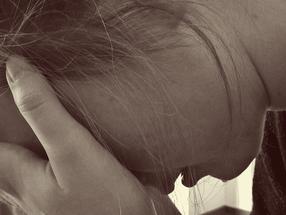 Both genetic factors and childhood trauma can increase the risk of suicide. Current studies show how genetic predispositions and environmental factors interact.

While searching for biological markers for suicide risk, a Viennese research team has gained new insights into the relationship between environmental factors and genetics. Traumatic childhood experiences play an essential role and leave traces in the brain.

To a large extent, suicide is a taboo subject. But if someone decides to end their life this is particularly hard for family members and always raises many questions. Worldwide, around 800,000 people take their own lives every year, the most recent figure for Austria being approx. 1,200 (as of 2016). According to estimates, suicide attempts are likely to exceed these figures by a factor of 10 to 30.

This begs the question as to how one can identify suicide risk, how one can recognise it in good time and how preventive action can be taken. Researchers are investigating these questions in connection with one of the most common affective disorders, depression. Depression is often associated with suicidal thoughts or attempts at suicide. There is now clear evidence that depression can also have genetic causes. Researchers have also found traces in the brains of those affected that hint at a predisposition to suicide. Many questions remain unanswered, however, especially regarding the interaction of biological and environmental factors. A team of researchers led by Alexandra Schosser, a physician from the Medical University of Vienna, has specifically investigated the issue of interaction and has explored how biomarkers indicating the risk of taking one’s own life differ from those of depression, i.e. whether there are actually genetic traces of suicide risk.

The line between depression and suicide

In a clinical study, scientists examined the genome of 846 patients suffering from depression (80 percent) or another affective disorder. Unlike the approach taken in previous studies, they did not compare suicidal behaviour with that of healthy people, but with data from the affective disorder patient group in order to distinguish genes conferring suicide risk beyond any risk conferred by the affective disorders. In addition to this genetic analysis, epigenetic factors and environmental influences were also included in the study. Schosser and her team have conducted extensive diagnostic interviews to determine the extent of the potential and actual suicide risk in order to understand better the interaction between genetic predispositions and environmental factors.

One of the aspects explored by the researchers was the influence of childhood trauma on suicide attempts. They found a significant correlation in women, but not in men. According to the study, traumatic childhood experiences in women lead to an increase in suicide attempts and self-harming behaviour. “We found our hypothesis confirmed that those affected by childhood trauma have an increased risk of suicide,” reports Alexandra Schosser. “We have identified both individual genotypes associated with suicide attempts and epigenetic alterations. The genetic analyses showed that the COMT gene, which has an impact on the neurotransmitter dopamine, is associated with suicide attempts and has been shown to influence the severity of the suicide risk. In suicidal women, COMT gene expression decreased while the level of the oxytocin gene expression increased.

The researchers found a further indication of the link between childhood trauma and suicide attempts in a gene (CRHR1) of the hypothalamus-pituitary-adrenal axis (HPA axis), which is involved in the development of affective diseases. “The study has provided us with promising insights into the genetic predisposition to suicidal behaviour,” says Alexandra Schosser in summing up the results. She also notes that protective genotypes for suicide attempts were found in the analyses. The psychiatrist and psychotherapist underscores the importance of knowing about biological factors, especially in the case of mental illnesses, as this can give those affected greater clarity and help to reduce stigmatisation. Like other diseases, mental illnesses are influenced by genes and the environment.

Suicide researchers hope that genetic analyses will provide new therapeutic approaches. In addition, it may be possible at some future point in time to identify high-risk patients in clinical practice and to initiate appropriate preventive action. There are still many questions research needs to answer, especially on epigenetic changes, as Schosser emphasizes. In a follow-up project, she wants to evaluate further the patient data and also collect long-term data in a comprehensive evaluation process with the collaboration of those affected.