Defective immune cells in the brain cause Alzheimer’s disease 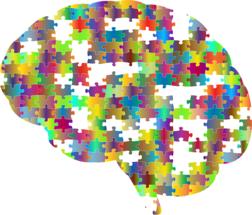 Mutations of the TREM2 gene can significantly increase the risk of Alzheimer's disease. Scientists from the German Center for Neurodegenerative Diseases (DZNE) and the Ludwig-Maximilians-University Munich now shed light on the reasons why TREM2 is so important for brain health. They show that TREM2 activates brain immune cells to eliminate toxic deposits, first and foremost in the early stages of the disease. The study is published in the journal “Nature Neuroscience” and has important implications for the development of new drugs.

A hallmark of Alzheimer's disease is the formation of toxic deposits in the brain, so-called plaques. Specialized immune cells termed microglia protect the brain by clearing it from these toxic debris. TREM2 is a key factor in activating microglia and thus serves as an important target for novel therapeutic approaches. To further explore these therapeutic options, the Munich scientists undertook a detailed analysis of disease development in mice with and without a functional TREM2 gene.

In mice with healthy TREM2, microglia cluster around small emerging plaques early in the disease process and prevent them from enlarging or spreading. "We were able to show that microglia are specifically attracted to amyloid plaques. They surround individual plaques and engulf them piece by piece," explains lead investigator Christian Haass, speaker of the DZNE's Munich site, and a professor at the Ludwig-Maximilians-University Munich. In contrast, in mice lacking TREM2, microglia were unable to carry out this important task. Therapeutic activation of TREM2 in an early stage of the disease could thus help counteract the formation of toxic amyloid-beta protein aggregates.

However, the study results also call for caution when implementing such a therapy. While TREM2 prevents plaque formation early in disease progression, it may have the opposite effect later on. In more advanced stages of the disease, the plaques grew faster in mice with functional TREM2 than in mice lacking the corresponding gene. The researchers discovered that this could be explained by the fact that TREM2 induces microglia to produce a substance called ApoE, which enhances aggregate formation. "Our study shows that we have to be extremely careful and investigate a new therapeutic approach thoroughly in animal models before testing it on humans," says Haass. "According to our findings, it could have dramatic consequences if we over-activate microglia."

"In the future, it will be important to treat Alzheimer’s disease in a stage-specific manner," Haass explains. According to the present study, for example, activating microglia via TREM2 would be a strategy that should be applied early in disease progression. Haass and his colleagues are currently working on the development of antibodies that stabilize TREM2 and thereby activate microglia. The scientists are now using several animal models and different experimental approaches to test possible therapeutic strategies and combination therapies with other drugs.

"All important genetic alterations that increase the risk of Alzheimer's disease lead to changes in plaque formation," Haass explains. This suggests that these protein aggregates are the cause of the disease. The current study provides hope that it is possible to counteract plaque formation by activating TREM2, and at the same time highlights potential risks that scientists need to take into account when pursuing such an approach.