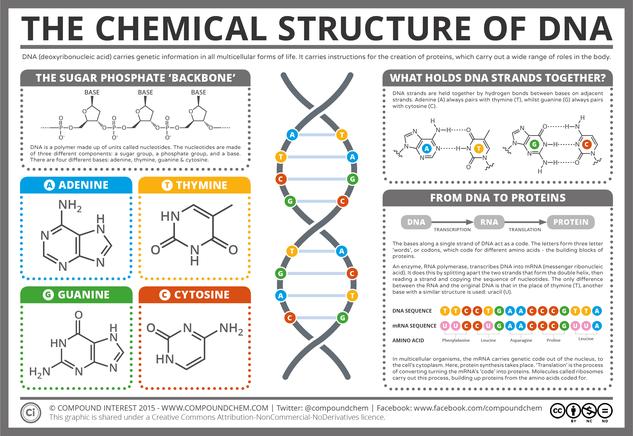 DNA is found in the nucleus of cells in multicellular organisms, and was first isolated in 1869, by the Swiss physician Friedrich Miescher. However, its structure was not elucidated until almost a century later, in 1953. The authors of the paper in which this structure was suggested, James Watson & Francis Crick, are now household names, and won a Nobel prize for their work. This work, however, was heavily reliant on the work of another scientist, Rosalind Franklin.

Franklin herself was also investigating the structure of DNA, and it was her X-ray photograph, clearly showing the double helix structure of DNA, that greatly aided their work. She had yet to publish her findings when Watson and Crick obtained access to them, without her knowledge. However, her failure to win a Nobel prize is not an oversight, but merely a consequence of the committee’s policy that Nobel prizes cannot be awarded posthumously.