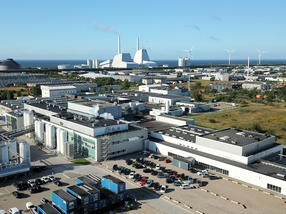 In November a successful collaboration between GEA and long-term customer Chr. Hansen was completed with the inauguration of the world’s largest fermentation plant for bacterial cultures at the customer’s site in Copenhagen, Denmark. Chr. Hansen is a global bioscience company that develops natural solutions for the food, nutritional, pharmaceutical and agricultural industries. The production site now comprises with the latest highly complex AIR17-fermentation project four production lines; two lines with 45 cubic meter fermentors each and two lines with 100 cubic meter fermentors each, which makes it the largest production site of its kind worldwide.

GEA, the international technology group that focuses on process technology and components for sophisticated production processes in various end-user markets, delivered one of these big fermentation lines to the customer’s production facility – with installation taking place while existing production lines were running. According to Jesper Finnemann, GEA Senior Project Manager, being able to successfully execute a project of this scale and complexity is the result of carefully listening to the customer’s needs at all times and careful planning. The high expertise of the GEA team responsible for executing the project and the successful result managed to exceed Chr. Hansen’s expectations.

According to Torsten Steenholt, EVP Global Operations at Chr. Hansen, two criteria for success were crucial to Chr. Hansen when choosing their supplier and partner on this project; the ability to meet a very high level of hygienic requirements and providing an effective and high level of automation during production. “The hygienic requirements when producing bacterial cultures are much stricter than for other types of food production. We needed a supplier that could provide this in their application solution for cultures, along with the automated functions, and GEA accomplished this task to our great satisfaction. Furthermore, the high level of hygiene and the automated production process have enabled significant cost savings,” he says. The fact that the installation took place while existing production lines were running added to the complexity of the project.

Part of a ten-year master plan

Ulrik Lund Jakobsen, Head of GEA Application Center Food, points out that the recently completed project AIR17, which was launched in September 2015 is part of a ten-year master plan and has involved an ongoing expansion of Chr. Hansen’s fermentation plant. GEA has been integrated in this project from the very beginning – starting with AIR7, which was also a great success. When asked what the secret between GEA’s and Chr. Hansen’s successful collaboration is, he highlights the way the two organizations collaborate, which involves all organizational layers. “We work together with Chr. Hansen on a both strategic, project related and operational level. This makes for a very strong dynamic and has played a major part in the successful completion of the AIR17-project as well as the entire ten-year project collaboration. Moreover, the production site in Copenhagen is not the only Chr. Hansen site where we collaborate using this model.”