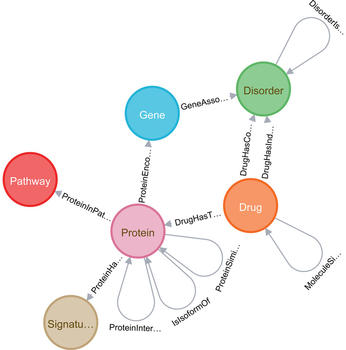 NeDRex integrates information about different concepts and their relationships to each other from many database sources and can thus provide a ‘one-stop’ solution for big-data supported drug repurposing.

The need for new drugs is high. Researchers at Technische Universität Braunschweig , together with colleagues from other universities, have presented a new platform for drug repurposing. This platform facilitates the search for new therapeutics. The results were published in the journal Nature Communications.

The need for new drugs is high, while at the same time the cost of bringing a new compound to market is estimated to be between two and three billion U.S. dollars. Factors contributing to these high costs include sometimes unreproducible preclinical research and increasing caution on the part of drug regulatory authorities. As a result, scientists are working hard to find alternative approaches to finding new therapeutics.

NeDRex (Network-based Drug Repurposing and exploration) is an interactive platform for network-based drug repurposing and discovery of disease modules, i.e. small disease-relevant networks of genes or proteins. It includes ten different data sources on genes, drugs, drug targets, disease annotations and their relationships to each other. The platform also enables drug prioritization and determination of statistical significance of disease modules and drug candidates. This ensures a high robustness of the results and can reduce the number of necessary follow-up experiments.

“NeDRex already in it’s test phase delivered drug candidates that can be further explored for the treatment of Alzheimer’s disease, inflammatory bowel disease, Huntington’s disease and pulmonary embolism,” says Professor Tim Kacprowski, Professor of Data Science in Biomedicine at the Peter L. Reichertz Institute for Medical Informatics at TU Braunschweig and member of the Braunschweig Integrated Centre for Systems Biology (BRICS). “Of course, these are computational predictions that need to be verified and tested in clinical trials. However, NeDRex now makes such candidate prediction easier than ever.”

“Unfortunately, the data needed to identify signaling pathways and subnetworks that describe the mechanisms of complex diseases and contain potential drug targets are scattered across independent databases. Moreover, existing studies are limited to predictions for specific diseases,” said Sepideh Sadegh, a doctoral student at the TUM School of Life Sciences Weihenstephan (WZW) and lead author of the study. Therefore, she says, there is a need for adaptable tools that allow biomedical researchers to use drug repurposing approaches for their individual use cases. “This is the gap we fill with NeDRex.”

The user-friendly platform is designed to allow people outside of computer science to sift through different layers of a large biological network. At the same time, NeDRex also offers the ability to prioritize only approved drugs, which can speed up the drug development process by skipping the preclinical research phase and moving directly into clinical trials.

For future versions of the database, the researchers plan to integrate data on disease symptoms and drug side effects, which will enable the study of various disease similarities and drug repositioning approaches.