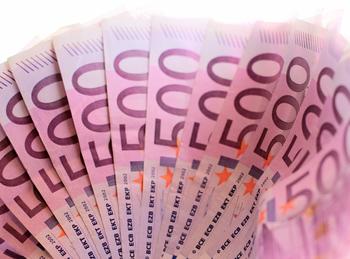 High-Tech Gründerfonds (HTGF) invests in the start-up Twenty-One Semiconductors (21S) as part of a first round of financing. The spin-off from the University of Stuttgart produces semiconductor-based laser crystals for biomedical applications. These crystals enable the realization of laser modules in the yellow spectral range, which is difficult to access with traditional laser technologies. Such yellow lasers are used to significantly increase the information content of biomedical investigations on cell- and tissue samples.

The demand for laser modules with central wavelengths in the visible spectral range is growing continuously due to an increasing variety of applications in biomedicine and life-science. In these fields, highly specialized laser sources are used to analyze blood and tissue samples in order to test the efficiency of new drugs and develop more effective therapies against cellular diseases.

Laser radiation is used to excite fluorescent dye molecules, which attach themselves to certain cell components with the help of receptors. The characteristic glow of the dye molecules provides information about the composition of the cell sample. By implementing laser modules with different wavelengths, i.e. colors, it is possible to excite a variety of different dyes and thus investigate a whole range of cell properties simultaneously. As a result, modern analyzers incorporate up to eight excitation lasers with different emission wavelengths.

Semiconductor diodes are typically used in red and blue laser modules. These have high efficiencies, are very compact and uncomplicated to handle. In the green and yellow spectral range, however, no efficient laser diodes are available. Thus most laser manufacturers rely on diode pumped solid-state lasers (DPSSL) there. In contrast to semiconductor diodes, these lasers are much more complex in their design and require the precise alignment of a large number of optical components as well as the exact temperature stabilization of the system. This makes them very expensive and complex to manufacture.

Over the past two years, based on extensive research at the Institute of Semiconductor Optics and Functional Interfaces at the University of Stuttgart, the founders of 21S have developed a novel laser crystal that can be used to generate visible laser radiation in a straightforward manner. This so called MEXL-crystal consists of a semiconductor membrane – 100 times thinner than a human hair – which is sandwiched between two transparent heat spreaders.

With the investment from HTGF, the young company plans to build up a portfolio of MEXL crystals and thus make the step from a development service provider to a manufacturing company.

"With the MEXL, 21S has developed a novel design for technologically superior, optically pumped semiconductor laser modules. This enables fabrication of high-power lasers with virtually any output wavelength and superior beam characteristics at less complexity. Because these modules can be mass produced for the first time, the technology has enormous potential for a wide range of applications", Dr. Gernot Berger, Investment Manager at HTGF.