Tracing the path of leukemia 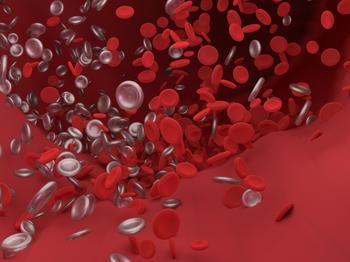 B-cell lymphocytosis, a condition in which individuals have increased levels of particular white blood cells, in some cases leads to blood cancer. As an international team of researchers now shows in samples from patients, both diseases exhibit similar epigenetic signatures that are forming very early during the course of the disease.

Chronic leukemias often start insidiously. White blood cells or their precursors begin to multiply uncontrollably in the bone marrow, gradually impairing normal blood formation and migrating into the spleen, liver, and other organs.

Chronic lymphocytic leukemia (CLL), the most common type of blood cancer in adults, has a known precursor stage, called monoclonal B-cell lymphocytosis (MBL). Almost every case of CLL is preceded by MBL. But while white blood cells or B cells divide excessively in patients with lymphocytosis, the disease is not considered cancerous and therefore not treated. Conversely, between one and two percent of lymphocytosis patients also develop leukemia at any given year. So how do the two disease stages differ and how are they related?

A research team led by Alexander Meissner of the Max Planck Institute for Molecular Genetics (MPIMG) in Berlin, Germany and Catherine J. Wu of the Dana-Farber Cancer Institute in Boston, United States investigated this question. As the researchers show in the journal Blood Cancer Discovery, a chemical signature on the DNA that is characteristic for most cancer types is already present in the earliest stages of lymphocytosis. The chemical alterations remain stable over the entire period of the disease and even persist after successful therapy for leukemia.

“It seems that the course for cancer is set very early,” speculates Alexander Meissner. “We imagine that the chemical changes in the DNA could be a prerequisite for the development of a malignant disease.”

However, this has no immediate consequences for therapy, says Catherine Wu: “There will still be no reason to treat monoclonal B-cell lymphocytosis with classic therapies. At this stage, cancer therapy would be more harmful than the disease itself. That said, our insights could lead to novel therapeutic interventions.”

Crucial annotations in the genome

The chemical signature that the researchers investigated consists of small molecular clusters (“methyl groups”) that are directly coupled to the DNA by enzymes. The actual genetic information remains unaffected, but cells ignore methylated sections of DNA and will not retrieve any information from it.

“In cancer cells, this epigenetic read protection is in a messed-up state – and with it, the access to genetic information,” explains Helene Kretzmer, first author of the study.

In order to trace changes in methylation over the course of the disease, the team used samples from 23 patients with lymphocytosis, five of whom later developed leukemia. Additionally, they characterized the cells of 25 people with leukemia before and after therapy. Cells and their methylation state have been analyzed individually with single-cell techniques.

A loss of defense against cancer

“We first realized that aberrant methylation patterns occur at every stage of the disease and remain stable, which suggested that they are not directly influencing pathogenesis,” says Kretzmer. “We wanted to find out at which point the patterns emerge and if they could be a driver of the disease.”

The fact that methylation changes occur very early raises new questions for cancer research, says Kretzmer. “Possibly, there are other cancers that arise from progenitor cells with altered methylation that continue to grow normally and are therefore not detected.”

These cells would be on the threshold of a disease state and would be more susceptible to deregulation. “DNA methylation is also a defense mechanism,” says Kretzmer. On the one hand, rescue genes that become activated in an cellular emergency usually do not carry methylation marks. If they are methylated through cancer, the cell can no longer activate them. “The protective mechanism is put out of action,” says the researcher. “On the other hand, demethylation gives the cell access to all sorts of protected areas, which can activate programs for cell division or growth, which then might get out of control.”