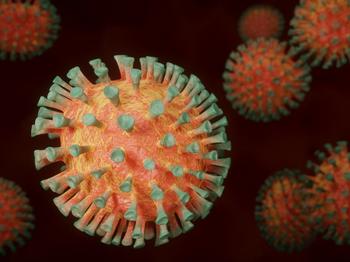 A team of researchers from the Spanish National Research Council (CSIC) is leading a project to develop antiviral drugs to prevent the replication of the SARS-CoV-2 coronavirus, which caused the Covid-19 pandemic. The study focuses on the so-called DIPs (Defective Interfering Particles), a common type of molecular parasite specific to RNA viruses, which do not have an infective capacity on their own but take advantage of their machinery to replicate and thus interfere with the infection.

The project, which brings together researchers from the CSIC's Institute of Systems Integrative Biology (I²SysBio, a joint venture between the CSIC and the University of Valencia), is part of the Global Health Platform, in which more than 200 research groups are collaborating to address the challenges posed by the coronavirus epidemic.

Parasites to destroy the coronavirus

"An inherent property of all replicative systems is the appearance of parasites", explains CSIC virologist Santiago Elena, from I2SysBio, who is leading the project. "The most obvious example is viruses, capable of infecting everything from bacteria to more complex plants and animals. However, the viruses themselves, as replicating organisms, are also exposed to other opportunists who take advantage of them and interfere with their reproduction and accumulation," he adds.

The most common forms of the virus parasites are Interfering Defective Particles or DIPs, discovered in the mid-20th century and associated with influenza virus infection. Since then they have been described and characterized in many viruses, especially those with RNA: "Virtually all of them produce defective genomes during replication and a large percentage of these are DIPs," explains Elena.

A DIP is a small sequence of RNA derived from the virus' own genome that does not contain genetic information, but only possesses the structural elements needed to be replicated by the virus' machinery and then packaged in the protein capsules or coatings that surround it. "Because they are small, they replicate and accumulate much faster than the virus itself, consuming all the resources it needs for replication. In each infected cell, more and more DIPs are produced and less and less virus, until there comes a time when there is such a small amount of the virus that it is unable to reproduce, because the DIPs have used it all up and it is extinguished," says Elena.

The project will explore the presence of DIPs during infection with SARS-CoV-2 and in other coronaviruses, such as some closely related betacoronaviruses that do not cause serious diseases or pathologies in humans, such as the common constipation virus. The researchers will then test the particles' ability to interfere with and eliminate SARS-CoV-2 in infected cells. If the strategy works, the next step would be to test it in mice.

A 'drug' without side effects

Among the advantages of DIPs over other classical antivirals, it is noteworthy that they lack side effects, because they only replicate in infected cells and are highly specific to the virus that generates them. Since they are transmitted along with it, one could even think of them as possible "human-to-human" drugs. "When DIP is encapsulated in the virus envelope, it is indistinguishable from the whole virus, making it possible to transmit it between cells and between patients, just like the virus. The difference is that, if a healthy person receives only DIP, they are not able to reproduce and will not develop any symptoms. If he receives a mixture of DIPs and complete virus, the virus will replicate and also replicate to the DIPs, so the cycle of competition between both starts again and will lead, eventually, to the extinction of the virus", says the CSIC scientist.

The researcher explains that antivirals based on this technique are already being tested to combat the human flu virus with "very promising results in animal models". Expectations are now focused on achieving this in less dangerous coronaviruses than SARS-CoV-2 and, eventually, in the latter. "Getting DIPs generated and testing their possible antiviral effect is relatively easy and fast, about six months. Then comes all the mouse trials, which can take up to a year. After that, if the results are in, clinical trials with patients would be conducted," he concludes.