Cleaning craze in the brain 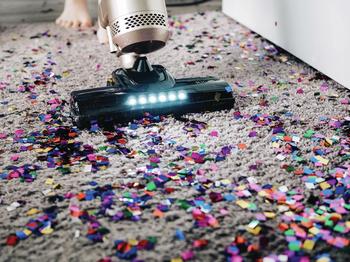 Photo by The Creative Exchange on Unsplash

Synapses consist of hundreds of different proteins. For correct transmission of brain signals, their building blocks must constantly be checked for functionality and replaced by new ones. A team of researchers from the Leibniz Institute of Neurobiology Magdeburg, the German Centre for Neurodegenerative Diseases and the Charité Hospital in Berlin has investigated how the functioning of synapses in the brain is affected when the presynaptic protein bassoon is missing. They found out that the recycling process of synaptic proteins is much faster because an enzyme called Parkin is activated, which plays an important role in Parkinson's disease.

Previously, it was known that Parkin loss of function leads to Parkinson's disease. When Parkin is non-functional, aggregates of proteins accumulate in brain tissue that can no longer be degraded, which - as always when too much waste accumulates - impairs normal functions and eventually leads to complete functional failure due to cell death.

Cleaning up in the synapse

The team of authors around Dr. Carolina Montenegro and Prof. Dr. Eckart Gundelfinger from LIN as well as Dr. Sheila Hoffmann-Conaway and Prof. Dr. Craig C. Garner from the DZNE shows in the new study that exactly the opposite happens after the Bassoon protein is switched off: the "synaptic protein waste" was collected more quickly and the active proteins were younger than in the comparable controls. To find this out, the researchers added colour-coded tags to one of the proteins to be disposed of, called SV2. These tags change colour with age and act as a marker for the neuronal disposal processes. The SV2 protein gets incorporated into synaptic vesicles, the small containers that contain the neurotransmitters which are released during synaptic transmission. The ageing process of the active protein can be observed through the colour change. Under the electron microscope, further indications of increased disposal of cellular waste were found - a process known as autophagy. For example, a larger number of "waste containers", so-called autophagosomes could be detected in synapses when Bassoon is missing. The authors were able to show that in synapses without Bassoon, several proteins were increasingly marked for degradation. However, if the protein Parkin, which is defective in Parkinson's disease, was switched off, this process could be counteracted.

What do we learn from these experiments?

Synapses with altered Bassoon protein are weaker and cannot adapt so easily to changes, a feature which is essential for brain plasticity. "With our experiments, we better understand the processes in the synapses that are essential for the correct functioning of a healthy brain," says Dr. Carolina Montenegro. "All important brain processes, perceiving, thinking, learning, remembering, planning of actions, i.e. the entire information processing, are determined by synapses. With increasing age, the way they function changes, partly because such waste disposal processes no longer function properly. Particularly in brain diseases such as Alzheimer's or Parkinson's disease, disturbances in the balance between protein supply and disposal contribute to cognitive problems. In order to understand these diseases, and perhaps even to be able to intervene in a more targeted manner, we need to know exactly what goes wrong when a protein or its gene functions incorrectly or not at all."